The amount of housing in Knoxville and Knox County is near an all-time low, and increased demand in the area has caused housing costs to rise.

Interest in Knoxville’s market has been growing over the last few years, said Hancen Sale, Government Affairs and Policy Director at the Knoxville Area Association of Realtors (KAAR). As more people began to move here, they also realized that the extent of under-building in the area was “pretty severe.”

“Knoxville’s market was starting to pick up, really around since 2015, and has been growing,” Sale said. “We were already seeing that we weren’t building enough housing.”

Flexibility with remote work caused a spike in people moving to Knoxville, exacerbating many of the housing stock issues the area was seeing before the pandemic. Besides remote work, lower interest rates also drew more people to buy rather than rent.

“All of those things have sort of culminated in this once-in-a-generation supply and demand gap that has never been before seen, at least in Knoxville,” Sale said.

In November 2021, more houses sold in Knox County than in any other November on record. In some cases, sale prices are 35-40 percent higher compared to pre-pandemic sales, Sale said. Home prices in Knoxville are one of the fastest growing in the country. He added that “virtually all the new supply each week is being absorbed by demand.” 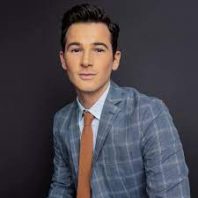 “The lower- to mid-market rate price point home is really where we’re seeing that there’s just zero inventory,” Sale said. “Most of the data shows that most of the construction that is taking place is getting more and more expensive and it’s really not even close to those lower level, below $250,000 price points.”

This means that long-time residents, particularly first-time home buyers, are being squeezed out of the market. People coming from out-of-state markets can also be at an advantage. Although costs are increasing quickly here, Knoxville’s prices are still below the national average, Sale said. If an out-of-state buyer sold their home for a larger asking price, they have more funds to make offers here. The rising rates might also draw those buyers in.

“We’re a small- to mid-sized city that is relatively affordable compared to other places,” Sale said. “If somebody’s choosing between two metros, and we’re more affordable, the higher rates might actually make it more attractive for a lot of people.”

In more recent events, supply chain issues are also impacting the housing market. The rising costs of supplies will impact the final price of the home. Additionally, construction is at a standstill in some cases. Sale said that across the country there are cases of housing having all the appropriate permits, but construction hasn’t started because the supplies aren’t there yet. “The build process is taking a lot longer than it used to,” he said.

Expensive, cookie-cutter homes are also promoting a sprawl, Sale added. The spread of housing means that Knoxville and Knox County will need to build new infrastructure in some areas, such as sewage and broadband access. Building new infrastructure also comes with a hefty price tag.

It is because of this that Sale says building housing is a much more nuanced conversation. It’s not as simple as “build more.” There are questions and planning around infrastructure and costs, as well as transportation and congestion.

“Missing middle” housing, or units that look like single-family homes but are duplexes or triplexes, will be important to the future of Knoxville as we run out of building space, Sale said.

As the Knoxville area begins to acclimate to the increasing number of people, there have been some growing pains. Forbes recently included Knoxville on its “Best Markets for Each Stage of Life,” for both Boomers and Gen Xers. This means we can only expect the area to keep growing.

Congestion issues mean some people wonder if there shouldn’t be any new development in the area. Sale said that with careful planning, development can be a tool. More development will also help level out the price increases. Having available housing will also make Knoxville more attractive to companies looking to move here.

“Housing availability and affordability should be considered a critical part of the economic development strategy for our region as a whole,” Sale said. “Future investment is not going to come here if there’s not a housing stock to house their workforce.”

“There are so many different pieces of that puzzle to put together, and I think the first step is recognizing that this a big problem and it’s really important to what Knoxville’s going to look like 5, 10, 15 years down the road,” Sale said.