The COVID-19 pandemic caused Young-Williams Animal Center to pause some of its programming, but other areas of the nonprofit flourished.

“People during a crisis, first of all want to step-up and help in some way,” she said. “But with the isolation of people being at home, pets and that human-animal bond, I think that really brought a lot of people comfort.

Fostering is important to Young-Williams’ mission. The goal is to get animals out of the shelter and into forever homes as quickly as possible. While animals are in theircare, Testerman said staff want to provide them with the best quality of life. Fostering allows for the animal to socialize with people in their homes. In 2020, Young-Williams was able to help more than 2,300 cats through its foster care network.

“Having animals in foster care really alleviates a lot of the stress of this experience in the shelter,” she added. “The bigger conversation is how can we expand more foster networks to then be our adoption ambassadors so many of those animals never have to come inside.”

The number of adoptions stayed steady in 2020, and Testerman said more first-time adopters came through the shelter doors.

Intake of animals also was down. In a typical year, Testerman said they take inapproximately 10,000 animals, which is a lot for an area Knox County’s size. Again, because people were home at the time, animals weren’t getting out as often and there were less strays. Testerman also said that if animals were found, people took them home and tried to find the owners of the lost pet. 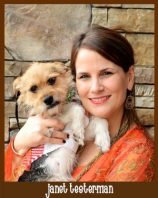 Young-Williams became a nonprofit in 2012. The organization started as a municipal shelter for the city of Knoxville and Knox County. Citizens of the area decided they wanted to raise the standards of care for local animals and formed a public-private partnership to build Young-Williams’ main facility. In 2007, the public spay/neuter program started, and three years later the Bearden Hill location was opened to help house it.

As the nonprofit grows, Testerman said the shelter will continue to expand its programming to help community members and their pets. Some of those resources include providing pet food and grant opportunities for veterinary care to low-income populations. This has shifted the mindset of people who think they have no other option but to abandon a pet due to financial circumstances.

“For many, many years, we taught this community that we’re a dumping ground for animals. That you could bring your pet here, you could surrender it no questions asked, for whatever reason,” Testerman said. “We really shifted that many years ago and established our pet resource center because first of all, we know that more than 40% of people that surrender a pet don’t want to.”

Although the public spay/neuter program was paused for five weeks because of COVID-19, Testerman said the program makes a large impact on animal homelessness in the area. In February 2021, the nonprofit performed 100,000 surgeries.

One of the most recent expansions made at Young-Williams was the hiring of a pet detective. The reclaim rate for lost cats out of a shelter is less than 3 percent, Testerman said. For dogs, it’s slightly higher at 15 percent. By law, stray animals are held for three days before becoming eligible for adoption.

“Believe it or not Young-Williams, or any shelter for that matter, is not necessarily top of mind when an animal goes missing,” Testerman said.

The new pet detective searches community pages on Facebook and Nextdoor, attempting to reunite people and their pets.

For Testerman, these programs are at the core of Young-Williams’ mission. She hopes to bring more attention to these resources so pets can live happy and healthy lives.

“I feel like we have a really great brand in our community, but people honestly do not know the scope of services that we provide,” she said.