As Puerto Rico works to recover power after a total island blackout caused by Hurricane Fiona, researchers are Oak Ridge National Laboratory (ORNL) hope their new technology can prevent that from happening again.

ORNL is partnering with local Puerto Rican organizations, nonprofits, and universities to strengthen microgrids powered by renewable energy. In a release, ORNL explains microgrids are “small networks that generally have their own energy supply from nearby renewable sources like wind and solar.” Researchers said if battery storage is also added to that mix, microgrids can continue to function when the broader utility network fails.

Work has already begun on the ground in Puerto Rico in the town of Adjuntas. A community microgrid project is being installed there. The solar arrays were installed last year and will be connected with the rest of the infrastructure being added this year. That work is a partnership between local nonprofit Casa Pueblo and investor the Honnold Foundation. 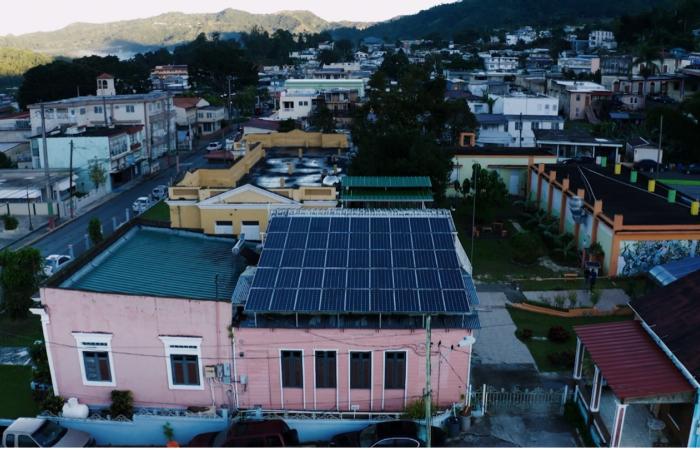 ORNL is now working to create a tool to make these independent microgrids communicate with one another, to share power if one of the grids loses access to solar power.

“I don’t know of a microgrid controller anywhere that can communicate and coordinate with another controller,” said Ben Ollis, who along with Max Ferrari are the two ORNL engineers leading this project. “We’re designing an architecture for multi-microgrid controls, so any number of microgrids can operate independently but share information to an orchestrator that will predict when switching, routing, and connecting should happen.”

Thousands of people in Puerto Rico died after Hurricane Maria hit the island in 2017, and many are because of power failures. The kind of tool ORNL is creating could prevent future similar deaths if they can find a way to keep the power on.

This technology can be even wider-reaching if proven successful. ORNL said “intelligent microgrids that incorporate renewable energy are poised to advance grid flexibility and resiliency while supporting vital decarbonization efforts.”