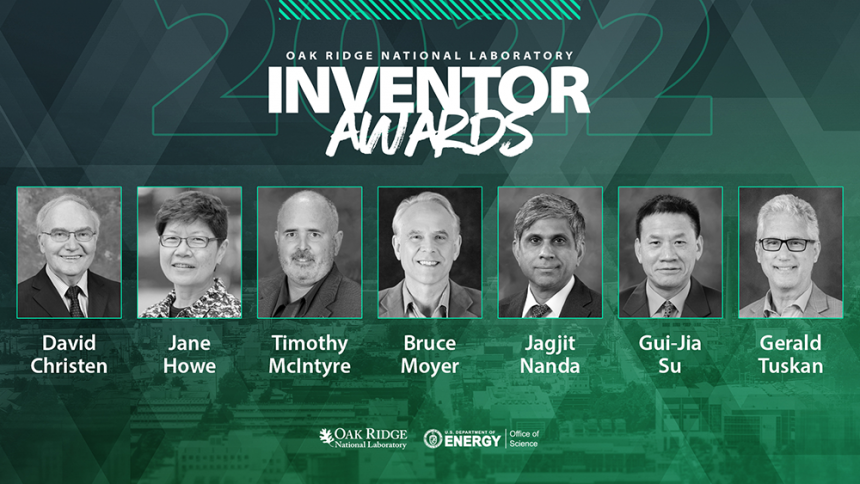 Here's a wrap of all the changing leadership and high honors recognized within the national lab.

Three researchers have been named ORNL Corporate Fellows in recognition of their significant career accomplishments and continued leadership in their scientific fields.

The Corporate Fellow designation recognizes standing in the scientific community as an exceptional and influential researcher and as a role model and mentor among peers and early career researchers.

Jeremy Busby has been named Associate Laboratory Director for the Fusion and Fission Energy and Science Directorate at the Department of Energy’s Oak Ridge National Laboratory, effective Jan. 1.

He will oversee the directorate’s unique facilities, capabilities, and talented scientists and engineers who are tackling such challenges as extending operations of the current U.S. nuclear reactor fleet; investigating economical and flexible advanced reactor systems; and making fusion energy a viable part of the nation’s energy portfolio.

Busby joined ORNL in 2004 and has served in several leadership roles at the laboratory, most recently as director of the Nuclear Energy and Fuel Cycle Division. His research has focused on materials performance and development of materials for nuclear reactor applications. While at ORNL, he has participated in materials research efforts for space reactors, fusion machines, advanced fast reactors, and light water reactors. His diverse research aims to enable the development of operating criteria for structural materials in a variety of adverse environments that will allow for the design and operation of safe, reliable, and cost-effective nuclear systems.

Paul Langan will join ORNL in the spring as Associate Laboratory Director for the Biological and Environmental Systems Science Directorate.

He will lead the directorate’s convergence research in biology, ecology, engineering, data discovery, physical sciences, and computing that advances U.S. competitiveness in the global bioeconomy and Earth system sustainability.

Langan returns to ORNL after nearly two years as director general of the Institute Laue Langevin in Grenoble, France — the premier center for neutron science and technology in Europe. As director general, he has worked to help forge connections among research, higher education, and industry that accelerate technical breakthroughs. He previously held several leadership roles at ORNL. After arriving as a senior scientist in 2011, he directed the Center for Structural Molecular Biology and served as founding director of the Biology and Soft Matter Division within the Neutron Sciences Directorate.

The Oppenheimer Science and Energy Leadership Program, or OSELP, has selected ORNL’s  Jens Dilling and Christian Petrie as fellows for its 2023 cohort.

Dilling is the director of the Office of Institutional Strategic Planning, and Petrie is a group leader in the Nuclear Energy and Fuel Cycle Division.

Established in 2017, OSELP is a distinguished fellowship program that includes a series of sessions and site visits for exceptional leaders to explore and gain an in-depth understanding of the national laboratory system and its partners.

Seven scientists at ORNL have been named Battelle Distinguished Inventors, in recognition of their obtaining 14 or more patents during their careers at the lab.

An etched portrait of each new honoree will be added to a wall display at ORNL.