It was a big celebration Thursday night as Chattanooga recognized the accomplishments of a number of start-ups and those who support them.

The event at Waterhouse Pavilion came of the next to last day of “Startup Week Chattanooga.” The seven-day celebration ended with the after party of Friday.

The two big winners were:

Other award winners were: 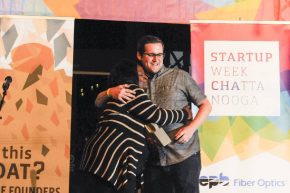