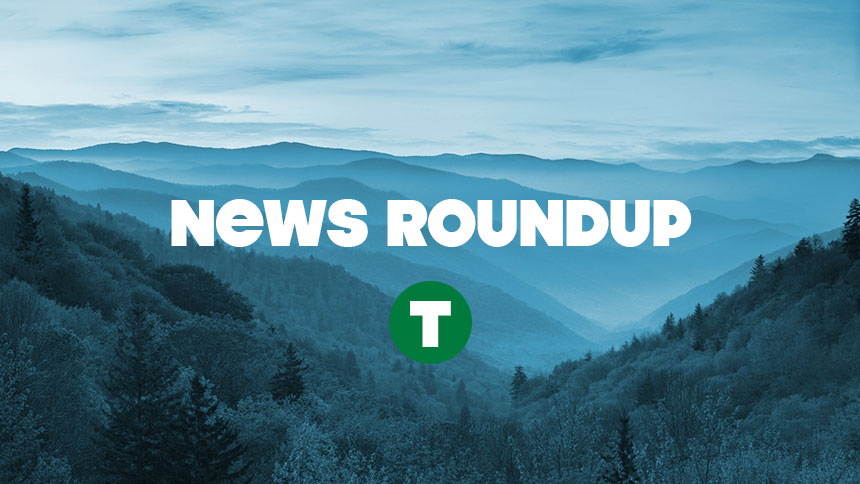 News Roundup | Moviemaking, free healthcare, and texts from the chamber

Here’s your weekly roundup of business news from throughout the Knoxville region.

If you have any Knoxville area business news or updates you’d like to feature in Teknovation Weekend, please send us an email at teknovation@pyapc.com.

Any fans of the coffee shop know The Golden Roast already has a location on Sutherland. Now they’ve moved down the road a few hundred yards into a new, bigger location in the Cherokee Mills Building at 250 Sutherland Ave. Suite 125.

The team held its grand opening Friday morning after a quick turnaround time, just having moved out of their refurbished church community center location in early December 2022.

The Golden Roast chose this new location for several reasons, including access to a proper kitchen, better parking, and a larger patio space. The original location remains at 825 Melrose Place next to UT’s campus.

The owner of a string of buildings and bars in Market Square now owns yet another location.

What this purchase does is allow West to expand the bustling rooftop of Scruffy City Hall, going for a planned Viking theme with a “Viking Hall, waterfall, VOLhalla Rooftop Beer Garden, and movie-sized screen with a brighter projector that can show daytime games on the rooftop,” according to the Knoxville News Sentinel.

The Sentinel also reports that West also recently purchased 413 S. Gay St. and plans to turn the building into a smoke-free version of Preservation Pub called 7 Minutes Early, “whose rooftop could eventually connect across Strong Alley via a Double Rainbow Bridge to Market Square.”

Mark Watson, City Manager of Oak Ridge, announced after a city council workshop last week that he will retire on May 5.

Watson served in this role for about 12 years, with a public service career spanning nearly five decades. According to The Oak Ridger, Watson previously served as a city manager in eight cities between Arizona, Montana, Tennessee, and Texas. The paper also reports that Oak Ridge City Council members said there will be a national search for a new city manager.

Knoxville named best place to live, work as a moviemaker

For the third year in a row, Knoxville is named as one of MovieMaker Magazine’s Best Places to Live and Work as a Moviemaker.

Knoxville has long been known as a production hub for television and other media content. In the past few years, Knoxville has emerged as a premier destination for independent feature films.

“Last year marked another successful year for the Visit Knoxville Film Office in recruiting feature films,” said Kim Bumpas, President of Visit Knoxville. “These films positively impact our destination as well as showcasing our area onscreen when these films are distributed.”

Knoxville was ranked 6th in the small cities and towns category.

Remote Area Medical (RAM) is hosting a pop-up clinic offering free dental, vision, and medical services to the Oak Ridge area next month. The two-day clinic will run on February 18 and 19 at the Oak Ridge Civic Center, located at 1403 Oak Ridge Turnpike. No ID is required, and all services are offered on a first-come, first-served basis.

The patient parking lot will open no later than 11:59 p.m. Friday, February 17. Clinic doors open at 6 a.m. on Saturday and Sunday.

RAM is still in need of volunteers for the Oak Ridge clinic. They’re seeking volunteer medical, dental, and vision professionals and general support staff to help guide patients through the clinic. General support staff does not need medical experience. If you or your company or organization are interested in volunteering, sign up here.

Get texts from the Knoxville Chamber

Want to stay up to date with all the latest events hosted by the Knoxville Chamber? Now you can text them.

If you sign up for the SMS notifications, the Knoxville Chamber will text your phone when there’s news about their latest announcements or programming.

Reserve your spot at the Regional Legislative Breakfast

The 2023 Regional Legislative Breakfast will be held on January 27 in Clinton and you’re invited.

The event begins at 7:30 a.m. January 27 at the First Baptist Family Life Center at 225 N. Main Street in Clinton. Tickets are $35 a piece and can be purchased here.