We’re capturing two weeks worth of “News & Notes” in today’s roundup, so it will be longer than normal. 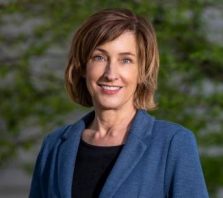 Hubbard joins ORNL from Lawrence Berkeley National Laboratory, where she most recently served as Associate Laboratory Director of Berkeley Lab’s Earth and Environmental Sciences Area, leading efforts to find solutions to sustainably meet the water, energy, critical mineral, environmental quality and food needs of a growing population. In addition to her current role, she is a Senior Scientist at Berkeley Lab and a full professor adjunct in the Department of Environmental Science, Policy, and Management at the University of California at Berkeley.

In a news release issued last week announcing her appointment, ORNL Director Thomas Zacharia said, “Dr. Hubbard brings skilled and passionate leadership that will enable world-leading impact across our portfolio. She is a true champion of the DOE mission, the National Laboratory System and our responsibility to leverage powerful user facilities and multidisciplinary teams in the national interest.” 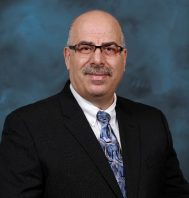 “Moe’s impact since coming to ORNL in 2015 reflects his passion for the Laboratory, its missions and our commitment to solving the most difficult scientific and technical challenges,” Zacharia said. “We are fortunate to have a scientific leader of his caliber to steward our national security mission.”

The Biz Foundry announced that applications are now open for the Winter 2022 session of “Startup Your Startup.” In an email, the organization wrote, “We ask for businesses to apply because we want to fill the program with participants that are at a place in their business that our team can most help.  Once you apply we’ll follow up with you to schedule a FREE consultation and then email you to let you know if you’ll be joining us February 14th.”

The fee for “Start Up Your Startup” is $149 for the full program, which includes course materials and a co-working membership for the duration of the program. The next cohort will meet Mondays and Wednesdays from 5:30 to 7 p.m. CST starting February 14 and ending March 9. 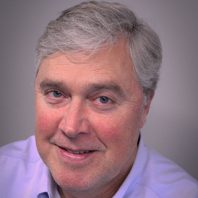 From Nashville but with Statewide Implications:

The Tennessee Department of Economic and Community Development (TNECD) is celebrating a record-breaking year in 2021 with nearly $13 billion in capital investment and roughly 34,500 job commitments. Among the 130 landed projects, Tennessee welcomed a host of new companies to the state including Oracle, Ford Motor Company, and Smith & Wesson.

In an email blast, the Department noted, “From automotive, to advanced manufacturing, to headquarters relocations, the companies that chose to locate or expand in our state contributed to a multitude of Tennessee’s thriving industries. In addition, Tennessee was recognized by Business Facilities magazine as one of the three “2021 States of the Year” along with the title of “Best Dealmaker State.”

About the time the TNECD email was released, we also came across this article from WRAL TechWire touting the accomplishments of our neighboring state to the east. North Carolina had a record year with 23,748 new jobs and $10 billion in capital investment, but those numbers were considerably below what Tennessee reported.

Here’s a summary of the accomplishments the Department was touting.

The Alabama Capital Network (ACN), founded four years ago, is assuming oversight and operational responsibility over the three-decade old Birmingham Venture Club (BVC). Prior to the arrangement that began January 1, the club had been its own entity with its own governing body. According to the article, membership and activities in each group will remain distinct, but ACN staff will assume control of BVC operations and fold both organizations into a single non-profit organization, led by ACN Chief Executive Officer Joshua Jones, and governed by the ACN Board of Directors. Click here to learn more.