(EDITOR’S NOTE: This is a roundup of business news from throughout the Knoxville region. If you have some business news that you would like to be included in Teknovation Weekend, please email us at klamb@pyapc.com.)

Knoxville Mayor Indya Kincannon and Knox County Mayor Glenn Jacobs have named Jeff Welch the new Executive Director of Knoxville-Knox County Planning, according to a news release. Welch previously worked for the Planning office and the Knoxville Regional Transportation Planning Organization. He has more than 40 years of experience in the field of planning. 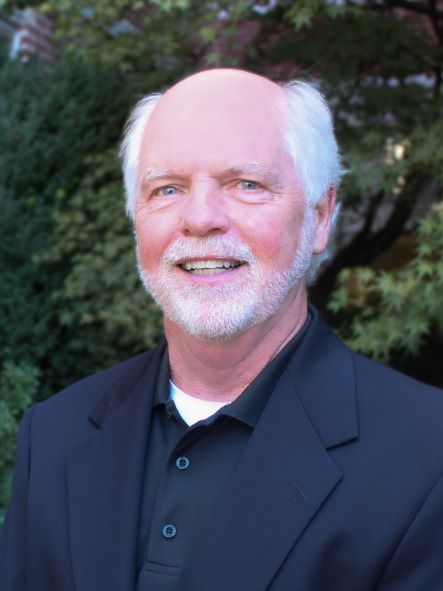 “I am excited to accept this position and to continue working with Knoxville and Knox County in a new but familiar capacity,” Welch said. “I have dedicated my career to these communities and look forward to coordinating the important work our agency does for each.”

Welch has a master’s degree in Urban and Regional Planning from Virginia Tech and a Master of Science-Engineering from the University of Tennessee, Knoxville. His Bachelor of Science in Geography is from the University of Wisconsin-Platteville. He is a member of the American Institute of Certified Planners, a graduate of Leadership Knoxville, and East Tennessee Regional Leadership. He started in the new role on September 6.

Richard “Rich” Tighe became President and Chief Executive Officer (CEO) for Consolidated Nuclear Security (CNS) this past Tuesday, succeeding Gene Sievers, who had served as CNS’s Acting President and CEO since July. In the role, he assumes leadership for both of the National Nuclear Security Administration production plants under CNS’s contract: the Pantex Plant in Amarillo, TX, and the Y-12 National Security Complex, in Oak Ridge. Sievers returns to his singular role as the Y-12 Site Manager, and Colby Yeary will continue to serve as CNS’s Chief Operating Officer.

In the August edition of the Knoxville Area Association of Realtors’ “Market Pulse” newsletter, July home sales in the Knoxville area decreased by 10 percent. The rental market, on the other hand, continues to grow. Effective rents in the Knoxville area were up 26 percent year-over-year in July. The rates are outpacing the annual rent growth by 14.6 percent nationally. Occupancy is also high at 98 percent.

One good note from the newsletter is that although rent has continued to rise, the Knoxville area ranked second amongst the top 150 U.S. metros for the lowest median rent-to-income ratio, according to RealPage Analytics. Read more here.

The newsletter said Knoxville had been ranked as the seventh most affordable U.S. city to live in based on cost-of-living estimates from the Council for Community and Economic Research. (Learn more about that here.) Memphis and Jackson were two other Tennessee cities that made the list, however, both ranked lower than Knoxville.

According to “Market Pulse,” house sales are trending down due to the combination of higher home prices and rising mortgage rates. It also impacts affordability in the housing market. Another factor is inventory, which is trending up according to the newsletter. However, Knox County has not kept pace with other counties in Tennessee in new housing construction. Since 2010 in Knox County, an average of 43 new residents were permitted per 10,000 residents, compared to 106 in Davidson, 94 in Rutherford, 91 in Williamson, and 50 in Hamilton. Only Shelby County permitted new housing at a lower rate, according to “Market Pulse.”

The event will be at the Mill and Mine on September 15 at 4:30 p.m. Each award reflects the values of Centro Hispano: Communidad (community), Corazón (heart), and Latinidad (cultural identity). The event is held during Hispanic Heritage Month.

The Comunidad Award is presented to an organization serving Greater Knoxville that has worked to further opportunities for Latinos in our community, the Corazón Award recognizes a restaurant or food truck that brings a treasured piece of Latino heritage to Knoxville and offers excellent food and service, and the Latinidad Award is presented to a Latino or Latina who has helped the community use its voice by promoting empowerment and engagement.

“The Latino Awards is Centro Hispano’s biggest fundraiser of the year, supporting programs like ESL and HiSET, health navigation, civic engagement, after-school enrichment, youth development, small business training, and the creation of a pipeline of trained interpreters for our region,” said Claudia Caballero, President & Chief Executive Officer of Centro Hispano. “This event also kicks off Hispanic Heritage Month by gathering friends and allies to celebrate the work of individuals, organizations, and businesses that do so much for East Tennessee’s Latino community.”

The U.S. Small Business Administration opened nominations last week for the 2023 “National Small Business Week Awards.” Nominations need to be submitted by December 8. Awards will be presented in the first week of May. Learn more about the awards and criteria here.

For those interested in learning more about policy recommendations and engagements with the National Women’s Business Council can register to view a virtual meeting with the entity next week. The meeting will be held via Zoom on September 14 from 12:30-2:30 p.m. Eastern. Learn more here.