In the six years since teknovation.biz last interviewed Misty Mayes, Founder and President of Management Solutions in Knoxville, the company has gone global, with a new office in London, and has added a new subsidiary focused on hiring and recruiting the next generation of project managers and controllers.

Management Solutions is a project management consulting firm that works with government contracts, construction builds, and more. You can find previous teknovation.biz coverage on Mayes and Management Solutions here. Mayes, who has been a longtime advocate of getting more women in engineering, saw how devastating the pandemic was for women in the workforce, with many leaving their jobs to care for children at home. In June 2020, she launched Project Control Solutions to recruit and train more people in the project management field.

From 2020 to 2027, she said, there will be a need for more than 22 million people in the project management field. Historically, people either work in a technical field and find that they like project management or were thrown into it from the business side. Either way, Mayes said, there weren’t enough people to meet the need. Since starting Management Solutions, Mayes had already trained numerous employees in project management. Opening Project Control Solutions was the next logical step.

“We decided we had to grow our own as the historical practices would never meet the significant need. We couldn’t keep waiting on our heels for people to come into it,” she said. “That’s been a really positive impact for us and for our customers.”

Mayes added she wanted the focus of Project Control Solutions to be training people from underrepresented populations. So far, 75 percent of the people that have gone through the program have been from those groups. Her goal over the next few years is to continue to grow the subsidiary. 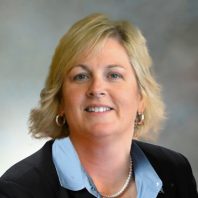 Working with underrepresented populations, particularly women, has always been a passion of Mayes. At the time she attended the University of Tennessee, Knoxville’s (UTK) Tickle College of Engineering, she was one of seven female students. She joined the college’s board of advisors in 2018, became the first female chair of the Board and co-chaired a program that works to recruit and retain more female faculty and students. She works with programs that bring awareness to Science, Technology, Engineering, and Mathematics (STEM) programming for middle and high school students.

Often, she said, women are pushed into engineering by someone they know. One student she spoke with loved math and science but hadn’t considered engineering for college. Mayes gave her a tour at UTK. The woman was accepted into the program and eventually graduated as one of the top engineers in the entire school. One of the keys, Mayes said, is opening the door of opportunity for young women, and showing them that there are others interested in the field as well.

“I used to say that women need a seat at the table, and now I’m like, you know what, one seat at the table is not enough,” she said. “It’s important for us as women to turn around and always have those women behind us that we’re bringing along to have that extra seat.”

The Tickle College of Engineering is now at 20 percent female students.

It is Mayes’ philosophy that you should leave a community in a better place than when you first came to it. While this shows mostly in her investment in Knoxville where she was born and raised, it can be seen in her efforts in the entrepreneurial community as well. Mayes sits on the board of the Women Impacting Public Policy organization, chairing the Women’s Leadership Advisory Council. “I believe if you own a business you have to know what’s going on in the advocacy world,” she said of the role.

It is in this role that she pushes for positive change on a federal level for entrepreneurs. Access to capital for female entrepreneurs was one such focus. Women Impacting Public Policy performed a study where they had businesses apply for bank loans. Of the businesses, nine of 10 male-led businesses were approved, while only one female-led business was able to receive the loan.

“There’s such a bias there,” she said. “Access to capital in my mind is the big driver because if women don’t have the money to grow, then their businesses become stagnant.”