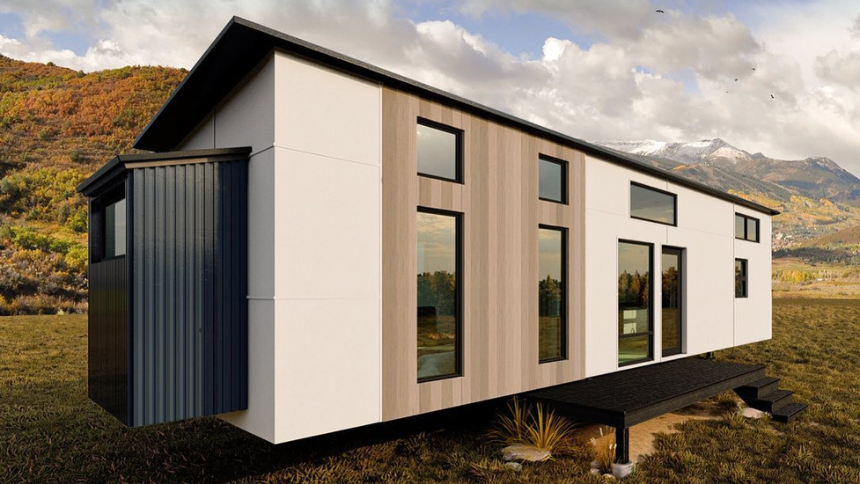 Could you live in a tiny home? More and more people are saying 'yes' to downsizing, and this Chattanooga team is here to help.

Two years later, he was featured in that same newspaper for building his own tiny home.

“My background is in construction and remodeling,” Pyke said. “My grandfather was a carpenter so I grew up in a workshop. When I was in seventh grade, our family built our own house and I homeschooled that year to help. That was my schooling and basically where I began to pick up different trades. After that, I was naturally drawn into construction and design.”

“I read that article and a week later I bought a trailer to build a tiny house on,” said Pyke. “I’ve always been intrigued by small spaces and minimalism—and not wanting to throw money down the black hole of rent.”

Pyke spent a year building his tiny home on nights and weekends while also attending community college for business.

“I didn’t go back to college the next year,” he said. “But my last project was creating a business plan, and I did one for Wind River Tiny Homes. Then I started the business and never looked back.”

Wind River Tiny Homes is located just outside of Chattanooga in Apison, Tennessee. Pyke, his co-owner Caleb Knowles, and their team pride themselves on expertly crafted tiny homes with seven different customizable models. What started as building his own home turned into friends wanting tiny homes from Pyke, and it steadily grew from there.

“Early on, it was mostly young professionals or couples who were actually moving their tiny homes fairly often,” said Pyke. “So the homes were smaller and easily mobile.”

Now Pyke said about half of their orders are for developers and investors doing short-term or vacation rentals.

“Right now we’re working on our biggest order to date. It’s ten homes that are going up to a short-term rental development just outside of Gatlinburg, Tennessee” said Pyke.

His customers range from developers to empty nesters to people who want extra housing space on their properties. Right now, all these tiny homes are on wheels and can be moved. These are all certified as Park Model RVs for funding, parking, and insurance purposes.

“But an RV is not home, and our tiny houses feel like home,” said Pyke.

Right now the Wind River team can build about three tiny homes inside their facility at a time. That’s about to increase sevenfold.

Soon they’ll be able to build about twenty tiny homes inside at a time, a process which only takes about six to eight weeks once construction begins.

The biggest change that comes with the new Cleveland facility is the introduction of a new product: modular homes.

“The difference is that our modular homes won’t be on a trailer with chassis and wheels,” said Pyke. “They’ll be built on an engineered floor structure, production line style through our facility. And then lifted onto a flatbed trailer and delivered on-site where they’ll will be craned onto a permanent foundation. Because modular homes are considered standard foundation homes and built to the local code where they are placed, it’s easier to secure standard financing and traditional mortgage. And once it’s set, it’s an appreciating asset on the land.”

Pyke and his wife lived in their tiny home for four years, which helps him a lot when it comes to design and practicality.

“I think it taught me a lot about functionality and movement through space,” he said. “Everything from where to position a couch or seating space to the direction a cabinet door opens for ease of access. Everything is very intentional.”

And there’s always the effort to use all the space available, which often means getting creative.

“In one of the first built-in staircases we did, there was somehow a 3-inch by 3-inch by 24-inch deep void that in normal construction would probably be trimmed over,” said Pyke. “Instead, we built a long, little wooden drawer lined with felt that became a hidden jewelry drawer for the customer. She loved it.”

Wind River’s seven models range in length from 20 feet to 38 feet, with set design options to choose from, allowing customers to customize details from the roofing and exterior palette to the cabinet color and shower head finish. All these options are in Wind River’s catalogue.

As the business continues to grow, Pyke said he’s most proud of the culture his team has created for their growing staff, especially as someone who has worked some not-so-great construction jobs in the past.

“The satisfaction of creating good jobs and a positive culture is pretty awesome,” he said. “I hope that’s as much the legacy of Wind River as the product.”