(EDITOR’S NOTE: This is the fourth article in an ongoing series on land use and development in the Knoxville Metropolitan Statistical Area (MSA). Today, we take a slightly different perspective, focusing on a Nashville-headquartered company with a growing Knoxville office and an emphasis on parks and recreation facilities.)

Founded in Nashville by David Lose, a well-known landscape architect, the company has grown to offices in Atlanta, Denver and Knoxville, all sharing the Founder’s enthusiasm for client service and placing people first. That is clearly reflected in its tagline – “Space for Life” – that supports the most fundamental human needs to live, work and play.

We had the opportunity to learn more about the company during a recent interview with Marc Bond, Associate Vice President and Director of the Knoxville Office, and Kathryn Baldwin, Senior Planner and Office Manager. Bond joined the company in April 2016 and moved from Lose Design’s Atlanta office to Knoxville a little more than a year ago to run the local operation. Baldwin’s experience includes long tenures in two Tennessee cities – Oak Ridge as Community Development Director for 16 years and Hendersonville as Planning Director for 14 years.

The Knoxville office opened in August 2017 with two people including Baldwin. Today, it has 10 civil engineers, planner and architects working on projects in four areas: private development, municipal and institutional, parks and leisure, and sports and competition. 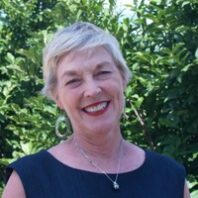 “Parks and recreation are what we are known for,” Baldwin (pictured right) says, citing as examples the development of master plans for communities like Pigeon Forge, White Pine and Anderson County and smaller projects like the new pavilion and restroom facilities in Anchor Park in Farragut.

Other examples on a broader basis include the master plan (roads, sewers and greenway) in Farragut’s Brookmere Subdivision, the new Public Works Center in Morristown, the YMCA in Kingsport, Mynatt Park in Gatlinburg, the master plan for the old Morristown College campus, and the Gas South District (formerly known as Infinite Energy Center), a regional conference and entertainment venue in Atlanta.

“We’re even working with the Nashville Predators to transform hockey into community facilities in the Nashville area,” Baldwin explained, with Bond citing a new sports and recreation complex in Loudon County, VA. “It’s got everything a destination park would have,” he said.

What is Lose Design’s secret sauce? In addition to going from concept to occupancy permit (Certificate of Occupancy), or ribbon-cutting, Bond said what he believes distinguishes the firm’s approach is its focus on being a one-stop shop. The company has civil engineers, planners and architects in house working collaboratively deliver a complete and cohesive project..

The full-service, one-stop approach means that Lose Design can consider project priorities from many perspectives. For example, an engineer might be focused on the number of lots that can be sited on a new subdivision, while the landscape architect is thinking about aesthetics. 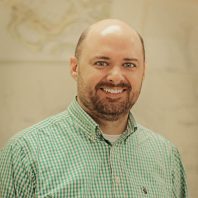 “We have a full vision of the project,” Bond (pictured left) explains, with Baldwin describing the approach as “an integrated plan.”

The other aspect of Lose Design’s approach is a strong focus on communication.

Both Bond and Baldwin noted that government agencies and others will frequently engage different firms for different aspects of the job. One might do the master plan, another the design, and a third for the construction itself.

Baldwin, whom Bond described as “our planning rockstar,” explained the challenge that multi-parties create with two questions: “How do three different firms talk? Do they really work together?”

Lose Design is focused on ensuring regular and thorough communication. “If you’re not in regular communication, there will be problems,” Bond said.

The company is now in its third generation of leadership.