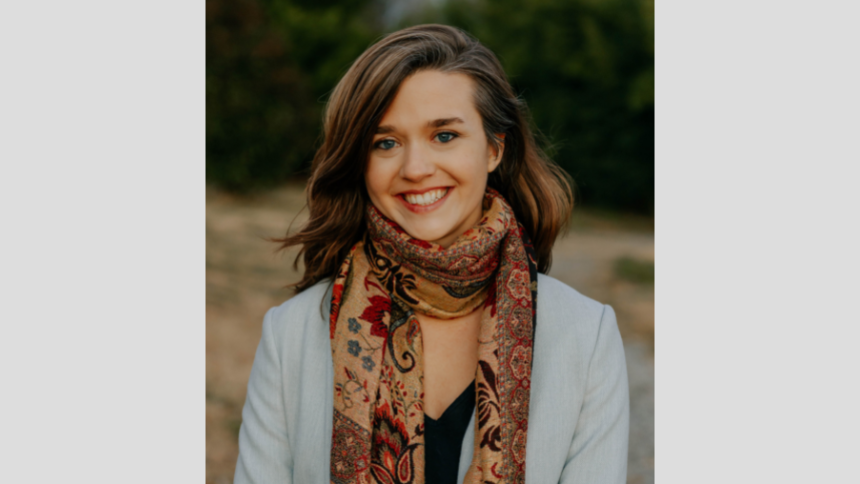 Can you combine a strong commitment to environmental sustainability with a similar belief in the critical importance of entrepreneurship? Lilly Tench believes you can after spending equal parts of eight years in New York City working in each of the sectors.

The Berea, KY native headed to the Big Apple after graduating from Berea College with a B.A. in Social Justice focused on sustainability and the environment. She spent the first four years as Program Director for an organization named No Impact Project which was founded by Colin Beavan. Then, she worked as Director of Membership for Newlab at The Brooklyn Navy Yard, an organization transforming an abandoned ship-building facility into a shared lab and makerspace to support entrepreneurs, and later as Program Manager for PowerBridgeNY, a university-national lab consortium working with cleantech start-ups.

“I always knew I would eventually move back to this region,” Tench told us in a recent interview. In fact, she relocated to Knoxville in June 2019 to pursue dual Masters’ degrees – an M.S. in Agricultural and Natural Resource Economics and an MBA. She’ll graduate this May and has already become involved with the local start-up community.

Tench helped support this summer’s “AgLaunch Bootcamp” offered by the Knoxville Entrepreneur Center (KEC) and the Memphis-based AgLaunch organization. Now that the two organizations have secured support from Launch Tennessee to operate the new “Ag Mentor Network,” Tench will be playing a key role in that effort.

“She’ll be our point person, making it work while still in school,” KEC Executive Director Jim Biggs says. Tench describes her role as “getting the Mentor Network rolling.”

For the relatively new resident of Knoxville, she sees combining environmental sustainability through entrepreneurship as a way to have a lasting and meaningful impact with her life.

“I was drawn to entrepreneurship as a means of developing solutions,” Tench says. “Entrepreneurs are people who see problems in our society and look at those problems as an opportunity to create new answers.”

As important as her passion is, perhaps at least as significant is the experience and knowledge she gained during the eight years in New York City. It is very relevant to the work that KEC and AgLaunch have agreed to undertake.

Newlab is focused on building companies by bringing founders together, pairing them with industry and civic leaders, and using shared resources to power the entrepreneurial work. The 120,000-square foot facility has more than 150 member companies and more than 800 entrepreneurs, inventors and engineers. The companies have raised more than $700 million in venture capital.

“Those were amazing experiences and tremendous learning opportunities,” Tench says. She sees the work of both Newlab and PowerBridgeNY as very relevant to what she will be doing in the “Ag Mentor Network.”

Tench describes Knoxville as “a great city with a lot of energy . . . it’s an exciting place to be.” Part of that feeling is the increase in entrepreneurship beyond big cities.

“Entrepreneurship across the country, in smaller cities and rural areas, is key to creating the diverse, thriving economy we all want,” she says. “To build on this trend we need to make sure the resources are in place to support these entrepreneurs, so that they don’t feel the need to move their new companies to the large cities to grow. We also need to keep entrepreneurship visible and celebrated within the community, so that people who are called to start their own businesses are more likely to see entrepreneurship as a viable option; and to know where to start. This is something that organizations like KEC are doing really well and something I’m excited to be a part of.”