The beauty of Eastern Tennessee is almost always cited as one reason for population growth in the region in recent years. One organization responsible for maintaining green space in Knoxville and the surrounding area is the Legacy Parks Foundation.

Carol Evans, the nonprofit’s Executive Director, has been with Legacy Parks in some capacity since it was founded in 2007. The idea for the organization came about because people wanted to help the local government raise funds for parks. But, Evans said, any donations made to a city go into a general fund and can’t go toward specific projects. While the organization continues to work in raising funds for green space, Evans said Legacy Parks has grown into a larger role in the community.

Legacy Parks works with both Knox County and the city of Knoxville, but also works with state parks and adjacent counties to help create “close-to-home recreational opportunities.” For Evans, 70 acres nearby can be just as important as 7,000 acres in nearby Smoky Mountain National Park.

But as the region continues to grow in population, it will be important for developers and residents to be thoughtful in the planning phases, Evans said. Maintaining access to green space while building for the new residents moving to East Tennessee will be a “tough balance,” she added.

So far, the region hasn’t seen a hard tug between conservation and development. However, Evans fears that some “quick development” projects will see the need for park space too late. 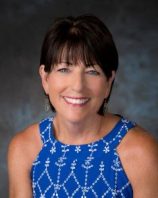 Tennessee’s natural landscape has also helped provide barriers to overdevelopment with rugged land that is harder to build on. Evans said that development and park space are compatible, people just need to be thoughtful when planning new residential areas.

“All of that is quite doable. It’s just being conscious of it.”

One example of a development project working with Legacy Parks is at the University of Tennessee Research Park at Cherokee Farm. Evans said they are planning the space by thinking about how to build an environment that businesses will want to locate in.

“The park over there is not just an add-on,” she said. “They get that it’s integral to where people want to work.”

The desire for parks has only grown since the pandemic, when Evans said the outdoors became a sort of refuge for people. This passion for the outdoors also meant that the nonprofit did not see a dip in donations at the peak of coronavirus.

Legacy Parks is currently working on creating more access to the river. Evans said her hope is the more people who are able to access and enjoy river recreation, the more they will want to take care of it. The nonprofit is also working on fundraising for building French Broad Veterans Memorial Park after some land was donated to the organization. Once the park is built, it will be maintained and operated by Knox County.

Over the years, Evans has worked on several projects at Legacy Parks that she’s been surprised by or is particularly proud of. The Urban Wilderness initiative is what the nonprofit is most known for and was an exercise in “if you build it, they will come,” Evans said.

Last year, Legacy Parks launched the first adaptive mountain bike trail, which she said was an eye-opening experience. What was thought of as a large barrier had a simple solution and showed “how important it is to let people of all levels of abilities have that sense of adventure and getting in the woods.”

Evans added that the Legacy Parks team enjoys incubating ideas like the adaptive mountain bike trail and hopes that projects like it will continue to provide park access to more people.

Although she’s been with Legacy Parks for more than 10 years, Evans said she still loves to discover new parts of Eastern Tennessee.

“For me, it’s the diversity of what we have,” she said. “Within easily a two-hour drive of everything, there’s so many different places to explore.”