The former resident of the Los Angeles area who moved to Nashville a little more than five years ago to advance her husband’s career as a songwriter and music producer (see teknovation.biz article from June 2019 here) will be responsible for building a robust entrepreneurial ecosystem by providing financial opportunity to start-ups in all regions of the state. Villa, who is the first major hire by Lindsey Cox, LaunchTN’s new Chief Executive Officer (CEO), will be focusing on start-ups in industries identified for growth in Tennessee.

“Monique is a powerhouse investment manager,” said Cox. “In the years that I have interacted with Monique, I have seen her profile grow not only as a leading investor of start-ups in our region, but as a respected thought-leader who champions technology development throughout the entire Southeast.” 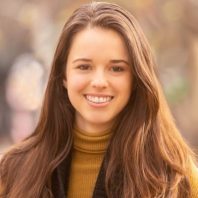 Villa (pictured right) brings an impressive venture capital background to LaunchTN that includes more than 14 years of early stage start-up experience within several venture capital funds, including Mucker Capital, Velos Partners, and Core Innovation Capital. In her role at Mucker Capital, she launched the firm’s first satellite office in Nashville and sourced investments across Tennessee, the Southeast, and North America. She would later become an Entrepreneur-in-Residence before accepting her new role with LaunchTN. Villa is also the co-founder of Build In SE, a network of ecosystem builders committed to supporting entrepreneurs in the Southeast.

Earlier in her career, Villa advised digital entertainment start-ups on business development and strategic partnerships and later led a start-up accelerator for students in the Greater Los Angeles area. She began her career interning for shoe and apparel company TOMS, where she supported finance and inventory management projects for several nationwide launches.

“As an investor and ecosystem builder, I’ve been a long-time fan of Launch Tennessee. It’s an honor to formally join the team in support of our local entrepreneurs and rapidly growing innovation economy,“ said Villa. “It’s no secret Tennessee is having a moment, and I’m humbled by this opportunity to play a role in its future.”

The Los Angeles native earned a Bachelor of Arts from the University of California Irvine. She was named a “Rising Star in Venture Capital” by Business Insider in 2021, is a contributor to TechCrunch, and regularly volunteers with several national and global organizations dedicated to expanding access to capital for underrepresented founders and investors.