(EDITOR’S NOTE: This is another article in an ongoing series on land use and development in the Knoxville Metropolitan Statistical Area (MSA). Look for future articles covering industrial land in upcoming editions of Teknovation Weekend. Previous articles in the series can be found here.)

As we continue our series on land use, arguably one of the most important topics is how increasing costs impact housing. Although prices are rising across the board, residential has seen some of the biggest hikes, said Hancen Sale, Government Affairs and Policy Director at the Knoxville Area Association of Realtors (KAAR). The current demand in the area has also affected housing costs, he added.

KAAR puts out an annual “State of Housing” report (find our teknovation.biz article on it here). One important, but often overlooked stat is the percentage of home values that are attributable to the land it sits on, Sale said, adding that it has risen “fairly dramatically” across East Tennessee. In 2020, the average land share of a property’s value in the Knoxville MSA was 44.3 percent, an increase of slightly more than 18 percentage points from 2012. Read the full report here.

This inflates existing housing costs along with demand because there are fewer houses on the market, but it also causes an increase in the cost of new homes and construction, Sale said. He added that higher land prices incentivize developers to build more expensive luxury homes instead of entry level housing.

“When you think about land use decisions, when you’re paying more for land, naturally developers are going to ask for higher density,” he said. “It creates a sort of pressure on developers who are trying to make the numbers work and need more density.”

The most noticeable impact of increased housing costs is the price of housing, but there are secondary impacts as well. Historically, what has attracted both workers and companies to the East Tennessee area is its affordability. However, “affordability has rapidly diminished in the last two years,” Sale said. 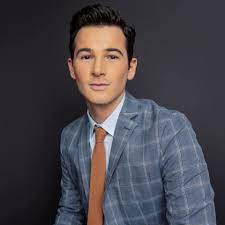 “This all gets back to how do we retain talent and investment.”

This issue has hit recent graduates of the University of Tennessee, Knoxville, and other young professionals particularly hard. Sale stressed that it’s important to have housing options for people in areas they want to live. People want to be connected to retail, restaurants, and outdoor recreation. But all those things have also been impacted by higher land costs.

“There’s not that variety of options that are affordable, particularly this niche of the labor force, that’s young professionals,” he said. “It affects so many different parts of the ecosystem as far as growth and development are concerned. It’s really substantial.”

One solution to growth is to look at areas that have just enough density to support retail and other activities. Sale said “smart density” doesn’t have to be huge apartment buildings. It can be something that’s better designed to fit into the community and enables mixed-use development.

As Nancy Nabors, Director of Regional Enhancement at the Knoxville Chamber, said in the first part of our series, Sale also added “by right” development can help make the process more predictable and potentially smoother for both developers and residents close to a new project, promoting a healthier relationship between the two. Predictability is key to developers who don’t want to sink a bunch of unknown costs, Sale said.

The “State of the County” and Comprehensive Plan coming from Knox County are just the first steps, Sale said. “The comprehensive plan doesn’t get into the nitty-gritty, which is where a lot of the most controversial issues lie,” he added.

There needs to be some continuity between the city and county zoning codes. The same could be said for the surrounding counties in the MSA. When a new company comes to the area, there may be some overlap from city to county or even between two counties.

“You don’t want to have zoning codes that are too disparate, partly because political boundaries are somewhat arbitrary from a land use and transportation perspective,” Sale said. “Planning at its core makes the most sense at a regional level.”

But like with residents and developers, Sale admitted there is often tension between regional and local groups.

At the end of the day, Sale said it’s important for people to recognize that the only way to stop development is to make a community undesirable, which is something no one wants. Along with the Advance Knox group and Knoxville Chamber, Sale has been working to bring in more engagement to help people see development can be done well. But it can be difficult to make people realize the connection between zoning and the impact it has on the community.

“Land use and zoning are really monotonous and complex and take a lot of background knowledge,” Sale said. “It’s hard to engage a large group of people on those issues.”

Another important step is “dispelling the myths” that density gets rid of open space. The sprawl that is happening in Knoxville now eats away at open space. Sale added that this type of development is inefficient and requires more land to house the same number of people, whereas more clustered development can preserve it. Another problem with sprawl is the cost of new infrastructure.

“Low-density development requires basic infrastructure and services to be extended farther out as opposed to more compact development, which is far more cost-effective and requires less extensive infrastructure to support,” Sale said. “This has major implications for public finance and our ability to keep up with the growing cost of much needed infrastructure maintenance and improvements.”