A Knoxville-based start-up whose growth has been fueled mostly through the proverbial friends and family funding is now poised for much more rapid expansion of its franchising model after securing a $7 million Series A funding round.

The company is easyvet, co-founded in 2013 by Serial Entrepreneur Tim Schoenfelder. It is a walk-in clinic for pets similar to those for humans that are popping-up in pharmacies and grocery stores, as well as standalone locations.

Easyvet was started with a mission of making pet care convenient and affordable for what it calls “pet parents” but has expanded to include making clinic ownership possible for both doctors and investors. Schoenfelder has continued to slowly grow the number of locations, with 17 easyvet clinics open at the end of 2021.

As they say about so many opportunities, timing is everything, and the company is planning a significant expansion across the country, tripling to 50 to 60 franchised locations by the end of 2022. Leasing and construction is now underway for the opening of an additional 27 locations across seven states, including Arizona, Florida, Texas, Georgia, Tennessee, Alabama, and Colorado. The Knoxville location opened in November 2021.

What’s driving the opportunity now? It’s all tied to the explosive growth in the desire of Americans to have dogs and cats. 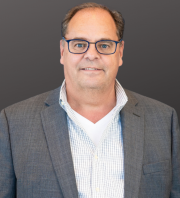 “Pet ownership is at an all-time high,” Schoenfelder says, and that statement is backed-up by a recent report from the American Society for the Prevention of Cruelty to Animals® that close to one in five households acquired a cat or dog since the beginning of the COVID-19 crisis. That fact has attracted the interest of a variety of investors, and the $7 million Series A round was led by Relevance Ventures of Nashville.

“Private equity and venture capital firms are buying veterinary clinics,” Schoenfelder says. The majority are still independent, but that is changing due to the capital costs associated with opening a clinic and the importance of work-life balance for veterinarians.

To underscore the latter point, Schoenfelder told us that veterinarians are near the top of those professionals who contemplate or actually commit suicide. Again, that point is backed-up by 2020 report released by the American Medical Veterinary Association and Merck Animal Health that said one in six veterinarians have contemplated suicide, and veterinarians are 2.7 times more likely than the general public to die by suicide.

“It’s the emotional swings that come from delivering or treating a puppy to euthanizing a pet,” Schoenfelder explains.

So, what exactly makes easyvet’s franchise model attractive to veterinarians? The company’s Chief Executive Officer (CEO) says there are several factors, starting with what he characterizes as a “minimalistic facility that leverages technology.” Without the surgical suite, which is the most expensive part of the initial investment, and not providing overnight lodging for the pets, opening a location can be done much less expensively.

“Our model helps us be super-efficient, affordable and convenient,” Schoenfelder says. “Our model also provides life and work balance for the vets. Most people talk about work/life balance, but we like to put ‘life’ first. At easyvet, we call it life/work balance.”

Down the road, the company’s CEO says there will be an additional option called easyvet Plus that would include a surgical suite and be a more traditional vet clinic. The first easyvet Plus will be opening in Frisco, TX early 2022.

In a news release announcing the Series A funding led by Relevance Capital, Schoenfelder said, “We plan to use this capital to grow our resources, expand new hires, increase learning management tools, focus on ways to improve the veterinary experience, and improve technologies that contribute to the success of our franchisees. Relevance stood out as a partner whose values and ‘harmony investing’ aligned well with our approach to improving the wellbeing of pets and their owners. Relevance understands our business and the market opportunity, and they appreciate our prudent approach to reimagining veterinary services.”