Much of the attention surrounding the new stadium in downtown Knoxville has been focused on the excitement about the return of minor league baseball to the east side of the city but, as Phyllis Nichols told us recently, “There’s a human story that is not being told.” 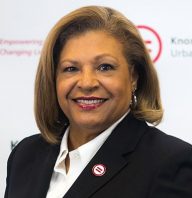 “We’ve been working on this since November of 2020,” Nichols (pictured right) told us during an interview that also included Terrence (TC) Carter, KAUL’s Vice President of Workforce and Economic Development. That date was when the non-profit organization was first engaged by GEM Community Development Group, the developer of the stadium and related components.

“It’s an economic development project, but one we are telling through the eyes of East Knoxville residents,” Nichols says, adding, “The Urban League has a stake in the ground.”

She explained that KAUL’s efforts fall into one of three buckets, starting with the construction of the stadium and private development surrounding the site. For the organization’s effervescent CEO, the overall goal can be explained by answering this question: “How do you help a two-person company participate?” The other two complementary buckets involve: (1) opportunities for entrepreneurs in related areas like operations, maintenance and retail; and (2) workforce development, specifically for what she describes as a bridge for African Americans to enter the workforce.

“We’re meeting people where they are,” Nichols explains. Noting that there is a large number of construction opportunities around the city and a growing entrepreneurial ecosystem, she adds, “The stadium project is more than a one and done. It’s a pathway to help people change their lives.” 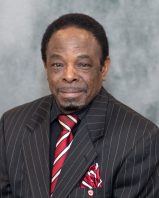 Carter (pictured left) recalls the GEM Group asking during those early discussions about the services that KAUL could provide. The answer was recruitment, capacity development, and workforce. “We do this, and that’s what we offer,” he recalls in his response. “We started working backwards from the goal.”

Within a few months of being contacted by the GEM Group, KAUL had entered into an agreement with the developer to help ensure that at least 15 percent of the contractors and subcontractors on the project would classified as “disadvantaged business enterprises” (DBE) by the City of Knoxville. In addition, KAUL will: (1) identify minority entrepreneurs who want to open businesses in the development; (2) train people who want to become entrepreneurs; and (3) assist with training and placement of individuals for available jobs.

A key component of KAUL’s plan was the development and certification of a pre-apprenticeship program, something that has been achieved with both the U.S. and State of Tennessee Departments of Labor. It is a 72.5-hour program that individuals must complete before they can begin a full apprenticeship program.

“We’re teaching them craftsmanship skills,” Carter explains, adding that those credentials are transportable to other cities. “It’s not mandatory that they would work on the stadium project to go through the pre-apprenticeship program.”

The eight-month pre-apprenticeship program is just one of the initiatives that KAUL has launched to address deficiencies and build and grow capacity within the individuals the organization serves. Working with the Knoxville Entrepreneur Center, the Urban League brought the team from Chattanooga’s Proof Incubator to work with those interested in food and beverage opportunities. KAUL also launched a seven-month “Business Growth Training” program where participants met twice a week to learn about topics such as cashflow and financial statements.

“Seven started in that program and six completed it in early March,” Carter said. “It was targeted for this project . . . to help them be prepared for the opportunities.”

Nichols had nothing but praise for Randy Boyd, the Knoxville businessperson and now University of Tennessee President who is the main force behind the stadium project and owner of the property. About eight years ago when Boyd chaired the United Way campaign, he became interested in KAUL’s housing and workforce development programs and visited the agency for an extended meeting.

“He’s been supportive with his time and financial support ever since that day,” Nichols said. “When the stadium project came around, he called to engage with us.”

KAUL’s CEO summed-up her thoughts this way: “We’re very excited about the project and what it is going to do for the revitalization and perception of East Knoxville. If you want a job next week, that’s a challenge. When the gates open on the new stadium, our goal is you (the individuals KAUL serves) are ready, first in line, and prepared.”