“I have not travelled in two years,” Julie Wagner, President of The Global Institute on Innovation Districts, told attendees at yesterday’s special meeting of the East Tennessee Economic Council. “I came here because I think you have an important story to tell.”

What makes that statement particularly significant is the Vermont native flew into Knoxville on Sunday from her base in Switzerland and will be returning to Europe tomorrow night. Her visit was sponsored by Oak Ridge National Laboratory as key leaders in the region discuss strategies related to the U.S. Economic Development Administration’s $3 billion “Investing in America’s Communities” initiative (see recent teknovation.biz post here) and, more specifically, the two-phase “Build Back Better Regional Challenge (BBB),” funded at $1 billion. 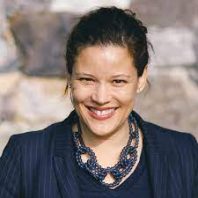 “This is a great opportunity for East Tennessee,” Wagner told the attendees, noting that “a lot of regions wish they had that (the world class research that is underway in the Knoxville-Oak Ridge region).” She said that aligning regional players and taking a “collaborate to compete approach” under the BBB component would be a significant step toward a much larger prize – the proposed $10 billion regional technology hub concept that is currently working its way through Congress.

“This is a chance to be better than what you are now,” Wagner added.

Later, Suresh Babu, Director of the Bredesen Center for Interdisciplinary Research and Graduate Education at the University of Tennessee, Knoxville, asked her about the greatest challenge in launching an innovation district. Her response was unequivocal, saying that it is getting “leadership in alignment. Someone has to step-up and lead.”

Wagner formerly worked for the Brookings Institution and co-authored the June 2014 report titled “The Rise of Innovation Districts” with Bruce Katz. She left Brookings in 2018 after nearly 16 years to join the Global Institute which tracks 100 innovation districts around the world.

About 125 people heard her roughly one-hour presentation on the global evolution of innovation districts followed by a robust Q&A session. More than two-thirds of those attendees joined virtually as Wagner described two domestic “live-work-play” districts – the Pittsburgh Innovation District and the Cortex Innovation Community in St. Louis – along with several around the world including the Medellin Innovation District (Colombia) and the Melbourne Innovation Districts (Australia).

Regardless of location, she emphasized a common characteristic of those that are successful. “It’s about their level of intentionality,” Wagner said, citing these key factors: (1) identifying key capabilities; (2) clustering knowledge-intense companies; (3) thinking about a critical mass of activity; (4) valuing the physical environment and creating a “mash-up” of activities for their magnetic effect; (5) understanding economic and educational inequities; and (6) spearheading efforts to advance inclusive growth and equity.

She reminded attendees that an innovation district is place-based and said it is important to understand that a successful district leverages land, regional residents, and district actors. To further illustrate the inclusiveness key factor, Wagner said it would be important to answer the question, “Do you have land to provide affordable housing?”

In response to a question we asked, she said innovation districts range in size from 60 to 700 acres although the ideal size is about 100 acres. Some have started on a smaller scale, creating a critical mass and giving start-ups the space they need to grow.

Wagner also used Cortex, which was founded in 2002, to make a point about patience. In the past seven years, the 200-acre district has produced $53 million in tax revenues. “It takes a while to be able to measure this,” she noted.