Josh Scott is on a multi-faceted mission.

As a Convention Sales Director at Visit Knoxville, he says he is focused on “bringing (convention) business to Knoxville for economic impact.” That means not only bringing conventions to the city but as many of those as possible that tie in with local markets, resources, and regional expertise. 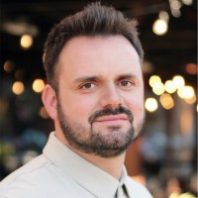 “We scout, recruit and identify,” Scott (pictured here from his LinkedIn profile) says in describing his role. To be successful, he is targeting four of the area’s largest employers – Oak Ridge National Laboratory, Tennessee Valley Authority, University of Tennessee, and Y-12 National Security Complex – and their key people.

“We’re a sleeping giant when it comes to technology and innovation,” he says, explaining that he wants to help local members of national professional associations recruit future meetings to the community. “I want to match local members of associations with opportunities. What might we pursue?”

Scott says such a strategy is not only good for the local economy but also good for a region that is constantly on the search for high tech talent. That latter challenge was underscored in this February 2021 teknovation.biz article where Mike Odom, President and Chief Executive Officer of the Knoxville Chamber, lamented that fact that the region grew the all-important 25- to 54-year old age group by less than one-half of one percent between 2010 and 2019.

The native of London, England arrived in Knoxville in 2006 and was heavily involved in youth and collegiate soccer until taking the job at Visit Knoxville this past February. His collegiate stops included Emory and Henry College, Tusculum University, Longwood University, and East Tennessee State University.

“I’m completely new to the economic impact sector, and I’m developing new skills,” Scott says, but adds, “I have a natural passion for networking. When I see something, I want to take it to the next level.”

Having lived in Knoxville for 16 years while commuting to other locations, Scott has become passionate about the community. “I want to give back to the city that gave me and my family everything,” he says.

Those interested in pursuing associations where they are a member can email Scott at jscott@knoxville.org or connect with him via LinkedIn here.