William Fitzhugh, a member of Cohort 3 of the “Innovation Crossroads” as Founder of Knoxville-based American Nanotechnologies, Inc. (ANI), is now heading a new start-up in Boston.

Adden Energy Inc. recently announced its launch in a news release (click here). The company is developing a solid-state battery system for use in electric vehicles (EVs). Lab-scale prototype batteries have fully charged in minutes and lasted more than 10,000 cycles, according to the release.

The technology is being granted through an exclusive license from Harvard University’s Office of Technology Development. Adden Energy also raised a seed round of $5.15 million with Primavera Capital Group leading and participation from Rhapsody Venture Partners and MassVentures. 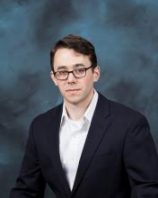 Fitzhugh (pictured right) is Chief Executive Officer and Co-Founder of Adden Energy. His other Co-Founders include Xin Li, Associate Professor of Materials Science at the Harvard John A. Paulson School of Engineering and Applied Sciences (SEAS); Luhan Ye, Chief Technology Officer at Adden Energy; and Fred Hu, Founder and Chairman of Primavera Capital.

The technology was originally developed by researchers in Li’s lab at SEAS, including Fitzhugh and Ye. The prototype has achieved battery charge rates as fast as three minutes with more than 10,000 cycles in a lifetime. It has a high energy density and material stability that overcomes some of the safety challenges in other lithium batteries, according to the release.

Fitzhugh noted that in 2019, nearly 30 percent of U.S. emissions were from transportation. He added that some of the challenges with getting more EVs in the market is meeting consumer needs.

“Complete electrification of the vehicle fleet is one of the most meaningful steps we can take to fight climate change,” he said. “However, broad adoption of EVs requires batteries that can meet a diverse set of consumer needs. For example, 37 percent of Americans don’t have garages at home, so at-home overnight charging is not possible. In order to electrify this segment, EVs need to recharge at comparable times to internal combustion vehicles, essentially in the time you’d currently spend at the gas pump.”

Li added that Adden Energy’s battery is longer-lasting than many currently on the market. The prototype was able to achieve up to 10,000 cycles, compared to 2,000 to 3,000 for the best batteries on the market currently. This is another key in getting more electric vehicles on the market.

“We don’t see any fundamental limit to scaling up our battery technology,” he said. “That could be a game changer.”

Fitzhugh’s former company, ANI, is an alum of Cohort 3 of the “Innovation Crossroads” program. ANI is currently a member of the University of Tennessee’s Spark Innovation Center, and Fitzhugh is now an advisor to the company. Look for an update on ANI in future teknovation.biz newsletters.