The feature article last Monday in teknovation.biz referenced advice that Randy Boyd, Founder of Radio Systems, made in a presentation as part of an October 29 workshop hosted by the Spark Innovation Center at the University of Tennessee (UT).

“If you listen to your customers long enough, they’ll tell you what you really need to hear,” Boyd, now President of UT but still involved in entrepreneurial endeavors, told attendees. Just a week later, that sage advice was on display as nine start-up teams participating in the finale of the “I-Corps South Regional Fall 2021 Cohort” shared the results of their customer discovery conversations. 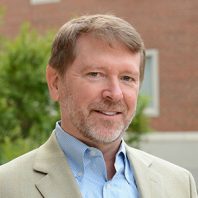 As Shawn Carson, UT I-Corps Program Coordinator and member of the entrepreneurship faculty in the Haslam College of Business, noted after they had finished their presentations, the teams conducted 231 interviews, an average of more than 25 per team. That’s a fundamental component of the I-Corps experience . . .  conducting sufficient interviews with prospective customers to gain insights that would cause them to “buy” the product or service that is being developed.

The next step for those who just completed the “I-Corps South” program, if the entrepreneurs choose to apply, is the national program where they will be required to complete a minimum of 100 new interviews in a seven-week period. Those selected do receive a $50,000 stipend to help with travel costs.

In addition to the obvious benefits derived from more conversations with prospective customers, there is an additional, fairly significant upside. “Chances of landing an SBIR (Small Business Innovation Research) grant are substantially better if you go through the national program,” according to Keith McGreggor, a faculty member at Georgia Institute of Technology and Executive Director of I-Corps South.

Carson reinforced McGreggor’s comment at the end of the session, noting that about 70 percent of all SBIR awards from the National Science Foundation are made to those who have completed the I-Corps program.

Eighteen entrepreneurial teams participated in the first session, and 13 started the customer discovery process. In the end, nine presented the results of their conversations, and it was clear from the presentations that those discussions had caused them to make least some modifications to their plans.

Three of the presenters were in Room 401 of the Haslam Building, while the other six joined virtually.

If there had been a prize for highest “hit rate,” Dustin Gilmer and Alex Stiles of Vitriform3D Inc. would have captured it. They contacted 22 potential customers to discuss their concept of utilizing recycled glass in 3D printing and were able to conduct 20 interviews.

Their secret to getting a better than 90 percent success rate: connections from their full-time jobs. What they learned: originally focused on selling machines to the aerospace sector, they have now decided to pivot to the marine market for early traction and selling finished parts rather than machines.

For Trevor McQueen of Neptune Fluid Flow Systems LLC, the 30 completed conversations produced a potential pivot from where he and his team started. Neptune was a participant in Cohort 3 of the “Innovation Crossroads” program operated by Oak Ridge National Laboratory, and the customer discovery process focused on the aquaculture industry sector.

“We thought increasing efficiency would be the number one priority in cryopreservation,” he said. “It’s not; it’s bringing the cost down. It looks like only the largest farms are using cryopreservation.”

Others who presented, in order, were: