(EDITOR’S NOTE: This is the third article in an ongoing series on women-led public relations firms in the Knoxville area. Look for more stories in upcoming editions of Teknovation Weekend.)

As the city of Knoxville nears the 40th anniversary of the 1982 World’s Fair, Cathy Ackermann is celebrating the anniversary of her marketing and public relations firm.

“My story begins with the phrase ‘timing is everything,’” she said.

Freshly graduated from the University of Tennessee, Knoxville (UTK), Ackermann was studying for a master’s degree and working in the student activities office when news came about the World Fair being held in Knoxville. Born and raised in Knoxville, Ackermann said she knew it was something she didn’t want to miss out on.

“If they’re going to do something that big here, I really want to do it,” she said. “I want to be a part of it.”

Ackermann left UTK and joined the Fair. She estimated she was the 15th employee working there. Immediately, she was thrust into international marketing. She credits her youth with some of her early success there.

“I remember being in meetings with some of these delegations for foreign countries and feeling like it was perfectly normal to ask them to spend millions of dollars in Knoxville for six months,” she said. “I honestly believe that my naivete and my youth at that point allowed me to think a lot bolder.”

After a year of working in international marketing for the Fair, she started working in corporate marketing, something she knew she wanted to focus on. She began building relationships with some of the large companies coming to Knoxville for the World’s Fair. Two weeks after the event opened in May 1982, she left to start Ackermann Marketing and PR. 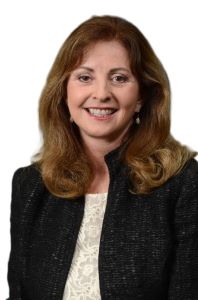 Because she already had working relationships with some of the corporations participating in the Fair, Ackermann started her firm with several Fortune 500 companies that had a national presence. Her first projects were to help these companies leverage the funds they had spent in Knoxville for the Fair. “This is backward from the way PR firms usually get started,” she said. “Most begin with local companies as their initial clients. We were able to work with large national companies right off the bat.”

“It was one of those opportunities that I don’t think would ever occur at any other time than at that time,” Ackermann said.

Ackermann Marketing and PR grew quickly, she said, not only in the company’s size but also in the caliber of work it was doing. “Our revenue grew 650 percent within the first five years,” added Ackermann.

After that, Ackermann said the firm began “infilling” its clientele with more regional and local clients. At the time, some advertising agencies in Knoxville were “dabbling in” public relations. There were no firms really focusing on that work. Ackermann, on the other hand, got its start in that field.

“We pretty much had the market to ourselves for a while,” she said.

Over the four decades Ackermann has been in business, the firm has gained significant expertise in areas such as healthcare. But Ackermann said they are still a generalist firm with a focus on corporate work. What really makes her firm successful, however, is the team she’s worked with over the years.

“The whole heart and soul of a professional services firm is just having really good people,” Ackermann said.

Her team is really good at being flexible and can pivot depending upon specific client needs, she said. Being a generalist firm and working with different types of clients means there are no “one-size-fits-all” strategies.

Her team has also helped Ackermann Marketing and PR weather tough times. Ackermann said that after she had been in business for 10 to 12 years, the firm experienced a major growth spurt. At the time, they were doing a lot of work in Dallas and opened an office there. They also acquired a firm with a heavy focus on telecommunications and tech clients. Six months after the deal was finalized, the tech bubble burst. The acquired firm lost every one of its clients.

“We literally had to bring it all down to ground zero and start all over again,” Ackermann said. “We’ve been through some scary economic times and through several recessions. The ability to be resourceful and really listen to the marketplace is critical.”

A focus on strategy and helping clients reach business goals is also something that Ackermann Marketing and PR emphasizes. This starts with thorough research and building an understanding of what a business is trying to do and how Ackermann can help it achieve those goals. “Sometimes, this means pushing back on clients,” Ackermann said.

“We want to help companies accomplish their most ambitious and important goals,” she said. “In order to be committed and to do the kind of work that we need to do, we need to know a lot before we begin.”

Early in her career, Ackermann said she often noticed she was the only woman in the room. There were few female business leaders in any field at the time. Through her experience in corporate boardrooms, she said she got a closer view of success and learned a lot which helped with her own business.

Several local business leaders helped her build an advisory board to help guide her through the early years of running her business. This was rare at the time, as Ackermann said there were not as many institutionalized mentorship opportunities, as there are now.

“I don’t think I really appreciated at the time what I was getting,” she added.

Since then, Ackermann has helped pay it forward by helping to found the Croft Society, a national group of public relations business leaders. She called it the “single most helpful influence” for her business. The Croft Society offers advisory boards, problem-solving, and resource-sharing for members. Ackermann also helped to found its Next Gen group, helping to prepare the next leaders of these companies.

Look for more coverage on the upcoming anniversary of the World’s Fair in future editions of teknovation.biz.