Those who are friends with Derren Burrell know the passion he feels for both entrepreneurship in general and those military veterans or spouses specifically who have decided to launch start-ups after ending their active duty careers.

He’s a retired Lieutenant Colonel – U.S. Air Force – who first shared with us his vision for something called Veteran Ventures Capital LLC (VVC) in this March 2018 teknovation.biz article. In that article, we noted that he was “methodical, persistent and focused (in) patiently selling the idea of an early stage fund focused on helping entrepreneurs who happen to be military veterans.”

Those qualities served him well as plans were impacted by COVID-19, but they were winners with this yesterday’s formal announcement (see news release here) that Hersh Family Investments (HFI) of Dallas, TX has signed-on as the lead investor of VVC’s inaugural Veteran Fund I and Retired General Stanley McChrystal comes to VVC as both an investor and advisor to the fund.

The new funding from HFI comes from a firm that describes itself as “patient capital and sponsorship for proven entrepreneurs.” More important, the investments from HFI, which exists to enhance the financial, civic, and philanthropic interests of the Kenneth A. Hersh family, and General McChrystal position VVC for significant expansion beyond the five companies in which it has already invested. They are Silent Arrow, See ID Inc., Haven, VeriTX, and Hero Beverage Company. 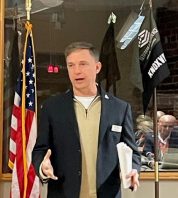 “HFI is well-known for all things capital: investing, mergers and acquisitions, and corporate finance,” said Burrell, VVC Founder and President. “Having them join the VVC team as the lead investor provides our portfolio companies not only an amazing financial resource but also a depth of experience and market understanding that is superb. Equally important, our values are aligned – we are both committed to the belief that veterans build great companies and generate great value to our national economy and to our investor base.”

Of the well-known former U.S. Army leader, Burrell noted: “General McChrystal’s deep-rooted knowledge of defense department procedures, coupled with his strategic understanding of the warfighter’s most critical requirements to support operations perfectly aligns with our Fund’s focus to invest in veteran firms primarily operating in the national security and defense sectors. Our firm couldn’t ask for two better experts in their respective areas to help our Veteran Fund become a leading player in growing veteran businesses and achieving meaningful returns.”

His sentiments were returned in comments from both Hersh, HFI’s Chairman, and General McChrystal.

“We are proud to be the lead investor and advisor of Veteran Ventures Capital to help them scale veteran-owned businesses while also delivering a meaningful financial return for our investors,” Hersh said. As part of its anchor investment, HFI becomes a member of VVC’s investment advisory team.

“VVC’s founding thesis to invest in and support veteran entrepreneurs strongly resonates with me personally,” said General McChrystal. “I know first-hand the ability of veterans to execute the mission and get things done, and I look forward to backing these leaders with the resources, both financial and advisory support, that they need to succeed in taking their companies to the next level.”

HFI explains on its webpage that the family office primarily seeks to partner with management teams to make investments in growth-focused businesses with an established track record of success. That translates into the fund having particular interest in companies that have: (1) a proven business model; (2) a sustainable and defendable franchise; (3) strong return on invested capital; (4) strong free cash flow generation with opportunities for reinvestment; (5) ability to add value operationally or via acquisition/organic growth; (6) a catalyst for value creation; and (7) alignment of incentives with the operating team. 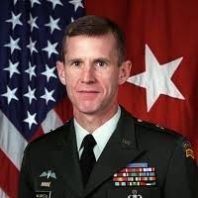 General McChrystal formed the McChrystal Group in January 2011 to deliver innovative leadership solutions to businesses globally in order to help them transform and succeed in challenging, dynamic environments.

VVC has technically had a first close to make those early investments, Burrell said, but added, “This is our first real close.”