Here are some brief news and notes from around the state.

The announcement is the latest evolution for the company that announced during the December annual meeting of the East Tennessee Technology Council (see teknovation.biz post at the time) that it had executed a Memorandum of Understanding with Heritage Center LLC to acquire the former K-33 gaseous diffusion plant site at ETTP, subject to ongoing due diligence evaluations.

As part of this agreement, TVA will provide engineering, operations, and licensing support to help Kairos Power deploy its low-power demonstration reactor, named Hermes. You can learn more in the news release issued yesterday (Kairos Power and TVA to Collaborate on Low-Power Demonstration Reactor Final).

As noted in yesterday’s feature post, the Nashville Entrepreneur Center (EC) unveiled the 14 companies in the inaugural cohort of its expanded and rebranded “Project Music and Entertainment” program in an afternoon webinar.

The event was part of a series of virtual sessions hosted by Tom Truitt under the umbrella of “WHO KNEW Presents The Smartest People in the Room.” Heather McBee and Jeremy Raley, both on the EC staff, shared moderating duties as the 14 Founders took three minutes each for an elevator pitch and Q&A. 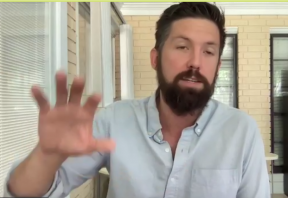 Chris Cummings, Founder of Pass It Down several years ago in Chattanooga, is one of those entrepreneurs (see complete list in yesterday’s teknovation.biz post). In his 90 seconds, Cummings explained that Pass It Down has signed-up 10 sports teams ahead of launching a new, sports-focused brand named “SportsStory.”

Ahead of the pitches, EC Chief Executive Officer Jane Allen, told the broader audience, not just Nashvillians, how “Project Music,” launched in 2015, had expanded into the new “Project Music and Entertainment.”

“It’s all becoming more and more interconnected,” she said of music and entertainment, adding that a total of 10 subsectors – think music, sports, gaming, fan engagement, etc. – are represented in the 14-member cohort.

“We have supported 55 companies (in “Project Music”), and they have a survival rate of 78 percent,” she said, explaining that number is considerably above the industry average, but “we want to increase it.”

The Chattanooga Chamber of Commerce is spearheading a new initiative named the “CEO Pledge for Racial Equity,” a commitment by regional Chief Executive Officers and managing leaders to intentionally enhance efforts to achieve equity of opportunity within organizations and the broader Chattanooga community.

“In Chattanooga, a ‘CEO Pledge for Racial Equity’ will grow business, drive accountability and increase innovation,” said Lorne Steedley, the Chamber’s Vice President of Diversity and Inclusive Growth. “Starting with an organizational assessment, CEOs and managing leaders can take a deeper dive to focus on talent, performance management, leadership development, and workforce culture. The outcome of these efforts will yield internal and external performance recommendations. These recommendations will promote competitiveness, enhance geographic attractiveness and drive economic growth.”

New Chattanooga Mayor Tim Kelly is on board, saying, “In order for Chattanooga to become the best city in the country, we have to ensure that we build a city that works for all our residents, especially those whose fortunes have been held back by years of systemic racism.”

As of yesterday’s announcement, 51 local business leaders had signed the pledge which can be found here.