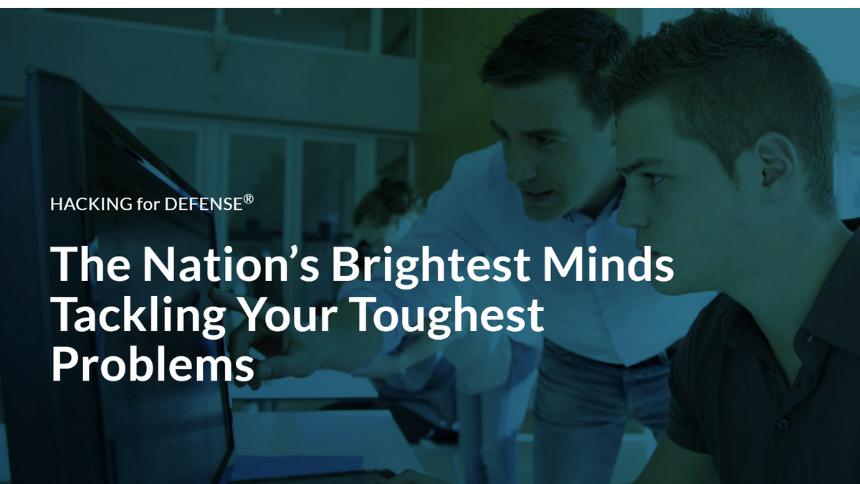 Hacking for Defense® doubling in size

Over the last six years, H4D has transformed how national security problems are solved.

An academic course founded in 2016 at Stanford University that allows students to work on national security problems is poised to double in size after announcing a new collaboration.

Hacking for Defense® (H4D) was created by Steve Blank, and Joe Felter, Co-Founders of the Gordian Knot Center for National Security Innovation (GKC) at Stanford, and Peter Newell, Chief Executive Officer of BMNT Inc. The program’s goal was to engage university students in a new form of national service.

The expansion is the result of a new collaboration between The Common Mission Project (CMP) and the Gordian Knot Center. While H4D does not list any existing universities in the Volunteer State, it does include area institutions of higher education such as two University of Alabama campuses – Huntsville and Tuscaloosa, Georgia Tech, University of Southern Mississippi, and University of Virginia among its 50+ members.

Over the last six years, H4D has transformed how national security problems are solved, providing a strategic innovation capability for the U.S., its partners and allies. Authorized by Congress, the course teaches students how to use modern entrepreneurial tools and processes, including Blank’s Lean Startup methodology, to address critical real-world challenges – such as safely evacuating special forces under fire, detecting and countering drones, and predicting and preventing cyber threats.