As noted in this recent teknovation.biz article, Erika Biddix launched the space to serve individuals like herself who needed a place to work outside the home as well as a supportive community. She is targeting only women as co-workers in the facility located at 408 Ebenezer Road in the Offices at Ebenezer in West Knoxville.

Biddix had secured commitments for nearly one-half of the working spaces as of Tuesday with more prospects she hoped to sign-up before today’s official opening. For starters, her goal is 14 people, and she had six signed-up with two more who were close.

We dropped by to see the new space and captured the following photos. They are in order the entrance leading to the second floor space, a typical office set-up (desk and file cabinet), and a three-person space overlooking Ebenezer Road. 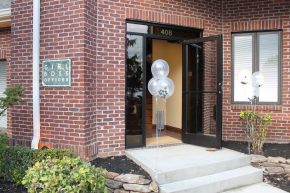 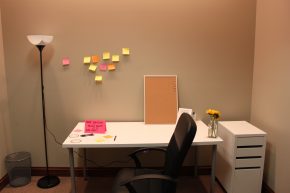 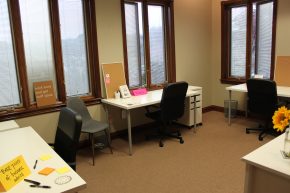