The Georgia Institute of Technology has named a longtime administrator at the school as Vice President of its Enterprise Innovation Institute (EI2), described as the nation’s largest and most comprehensive university-based economic development organization. 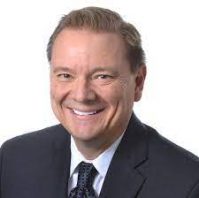 David Bridges, who first came to Georgia Tech in 1994, will lead EI2 that is comprised of 14 programs that offer a mix of technology commercialization of Georgia Tech research innovations, entrepreneurship and start-up company development, and business, industry, and community growth. The organization includes 134 employees and primarily serves the state of Georgia, but also includes programs that support efforts across the Southeast, the nation, and in more than 71 countries.

As Director of EI2‘s Economic Development Lab, Bridges secured several major grants from the U.S. Economic Development Administration including five “i6 Challenge” funding awards. He co-wrote the 2010 proposal that led to the grant that established the Global Center for Medical Innovation, a Georgia Tech affiliate that directs the development, testing, training, and commercialization of medical products. Bridges also led the effort to secure a grant in 2015 to launch I-Corps Puerto Rico, a program that recently completed its 11th cohort.