“I was ready to do my own thing,” Brandon Ellis, President of elliTek Inc., said in describing his decision to found his own business in 2009 that is recognized today as a leader in the solutions-based automation distribution sector where it represents best-in-class automation manufacturers.

And with the exponential growth of Internet of Things (IoT) devices on manufacturing floors – something projected to increase at a Compound Annual Growth Rate of 11.9 percent through 2026, companies are facing an ever-increasing challenge to integrate the devices in ways that allow them to communicate with each other while also finding qualified individuals to operate the technology.

Those two needs – the right equipment and a trained workforce – are priorities that elliTek is addressing. Underscoring the company’s progress is an announcement in mid-July of a partnership agreement with Siemens Automation and its Digital Industries segment that will help customers address their digital transformation challenges by providing the necessary tools, training, and support to assure success. 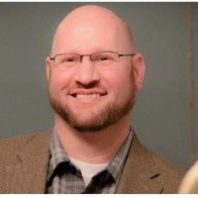 “The biggest challenge that our clients face is finding people that are qualified and passionate about automation,” Ellis (pictured right) says. The newly announced partnership with Siemens will bring regular training programs to Knoxville that will be held in a training room in Halls Crossroads that housed Regal Cinemas before it vacated the location for downtown Knoxville. elliTek bought one of the former Regal buildings in 2018.

For Ellis, who grew-up in Oneida, it’s been a nearly 30-year journey since graduating from the University of Tennessee, Knoxville in 1984. He left Knoxville to work for a few years before returning to join Stokes Electric Company as an Automation Specialist. That company eventually decided that the new line of business did not fit its long-term strategy, so Ellis joined Bertelkamp Automation Inc. where he credits company Founder Hank Bertelkamp with helping hone his skills.

“I learned a lot from watching and listening to him. Specifically, how much he valued customer relationships.” Ellis says. “He mentored me more than even he may realize.”

As described on elliTek’s webpage, the impetus for launching his own company came while working on a plant floor in a rural community in Tennessee. Under much duress, Ellis asked himself, “Why can’t we create a platform that empowers the plant floor engineer instead of continuing to require weeks of complex, custom programming on every project?’

The answer was a device named the Data CommanderTM, now branded as the IIoTATM which stands for the “Industrial Internet of Things Appliance.” There’s a second model called the IIoTA MiNi™ which is a DIN-style enclosure product for original equipment manufacturers (OEMs). Both, which Ellis describes as “hardened gateways . . . hardware based cyber security rather than less secure software based,” are designed with the end-user’s best interest in mind.

“Manufacturing engineers don’t need to be data scientists, cyber specialist, or PLC (programmable logic controller) programmers,” elliTek explains on its website. Instead, they need the sort of automation tools and products that the company can provide that allow secure implementation in minutes vs. days or even months. Today, the company is moving aggressively into the training space, in part because of a need that Ellis believes is not being met regionally and also because, as he describes it, “My pet project has always been workforce development as a means of giving back.” elliTek will offer classes for Siemens in the space (pictured here) where Regal Cinemas used to train its employees and for a new venture that Ellis is launching.

The latter, titled Automation Resource Management Tennessee, is a “new concept of workforce development . . . level-up programs for maintenance personnel” that teaches people how to troubleshoot and maintain automation equipment. In short, it adds a laptop to their toolbox. Ellis came-up with the idea in early 2020 before the COVID-19 pandemic, suspended his efforts for a while, and hopes to begin offering sessions beginning in 2023.

As if running a business and launching a training initiative are not enough work for the elliTek team, the company also has its own monthly podcast titled “Industrial Automation – It Doesn’t Have to . . .” Marketing Manager Beth Elliott produces the series which includes 39 episodes and over 5000 downloads since it was launched in September 2020.