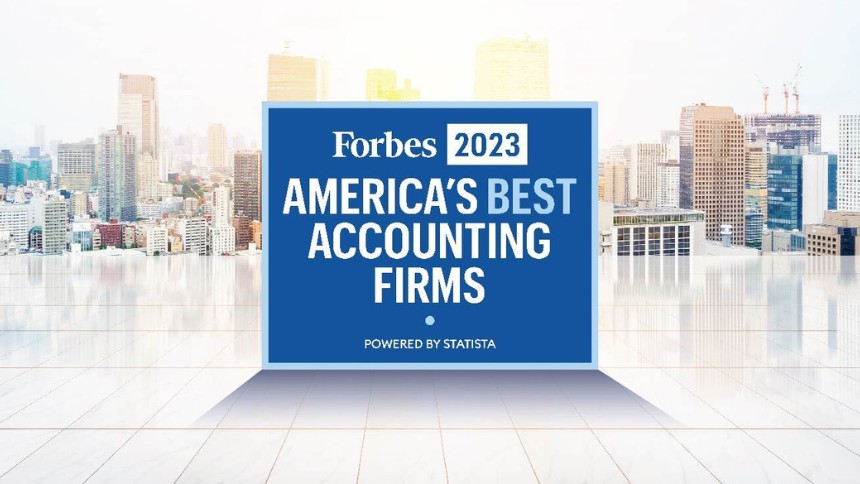 Forbes names PYA a top tax and accounting firm for 2023

The Knoxville-based firm has been named to this list two years in a row.

PYA, the power behind teknovation.biz, has again been named one of America’s Best Tax and Accounting Firms of 2023 in the Forbes annually published list. This year, 240 out of approximately 4,400 recommended firms made the final list. Of those firms, 160 were recognized for both tax and accounting, including PYA.

Firms were selected based on nationwide surveys with accounting/tax professionals and business clients. Participants were asked to list firms to which they would be comfortable referring business or doing business based on their experience.

“For the past four decades, the team at PYA has prided itself on the trust and genuine relationships we make with our clients in all 50 states,” said PYA President and Chief Executive Officer Marty Brown. “We are honored to again be recognized by Forbes for serving our clients with excellence — our goal every day.”

PYA is the only firm on the list headquartered in Knoxville, one of two in East Tennessee, and one of six in Tennessee overall. PYA was also named to this Forbes list in 2022.

In addition to the award from Forbes, PYA has been ranked in the Top 100 Accounting Firms by INSIDE Public Accounting (IPA) for the last seven years. PYA previously was ranked 3rd highest in the percentage of female ownership among the Top 100 Firms by IPA. Accounting Today also named PYA a Top 100 Firm in the nation and Top 10 in the Southeast region. The firm also has the highest percentage of consulting/business advisory revenues of all the CPA firms in the country; and, among firms with revenues of $100 million or less, PYA’s consulting/business advisory services revenues lead the nation. PYA is consistently ranked among the Top 20 healthcare consulting firms in the U.S. by Modern Healthcare.