(EDITOR’S NOTE: This is the second in an ongoing series on women-led public relations firms in the Knoxville area. Look for more stories in upcoming editions of Teknovation Weekend.)

Before starting her firm, Kelly Fletcher spent years of her career crafting marketing campaigns focused on female consumers. She became fascinated with insights on female consumer behavior gleaned from ongoing market research, focus groups, and in-person interviews. When she launched Fletcher Marketing PR in 2007, helping brands connect with female consumers in meaningful ways was a natural area of focus.

After years of working in both agency and in-house corporate roles, Fletcher, who is Chief Executive Officer of her firm, said she was looking for something different. She had been divorced for three years and was also looking for a career opportunity that allowed her to provide for her son and be “a mom first and foremost.”

“I craved autonomy,” she said.

At the time, she was working as the Director of Public Relations and Corporate Communications at Jewelry TV (JTV). She convinced the company to let her do the same job, but as a contract position, making JTV the first client of Fletcher Marketing PR. Having worked with RIVR Media in the past, the company became her second client.

“Those two contracts equaled my salary for one year,” she said. “So, I had a year to either make it or break it.” 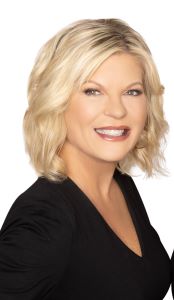 At first, Fletcher said she thought the job would be more of a freelancing position. But the business kept growing. She had enough work that she could hire a second person early on. She also had a business coach to help her learn how to run a business by the numbers

Her first year of business fell in 2008 during the Great Recession.

“I thought we had a successful first year because I had nothing to compare it to,” Fletcher joked. “I feel like we didn’t feel the Great Recession as much, not only because we were small, but because so many companies had cut marketing and PR staff, but still needed help.

She added that she’s seen that trend happen several times since, where companies need work done, but don’t want the cost of adding staff. Instead, the work is outsourced.

Fletcher said most of the clients that come to her business do so because of the firm’s proven track record of converting female consumers. But, Fletcher said, it’s not always about getting a woman to buy a consumer product. Some client projects are more about decision-making, such as changing a behavior, donating to a charity, or choosing the best healthcare provider.  Although it has become the main focus of her firm, Fletcher said it wasn’t her original goal to have the business lean on female spending. “It became part of our brand by accident,” she said.

Fletcher is passionate about amplifying the voices of female consumers and helping brands connect. She noted that when she’s made larger purchases in the past, such as for a car or real estate, the salespeople will start asking questions about her spouse. While most brands now recognize that women also have strong spending power, there are still some companies that don’t market to women specifically, Fletcher said.

“If you’re only marketing to couples or traditional families, you’re leaving a big part of your market share on the table,” she said.

Some industries that she has worked in over the years are consumer products, healthcare, and travel and tourism.

Helping women find their voice goes beyond consumer opportunities for Fletcher. One client she helped was The Trust Company of Tennessee by developing a speaker series called the “Wise Women Network.” The events helped bring women together for talks on financial security and investing power.

Fletcher also enjoys helping women entrepreneurs who are looking to start a company or are in the early stages of running a business. At Fletcher Marketing PR, she said the firm often tries to work with purpose-driven companies as well because the work is more satisfying. She also added that some of the firm’s best work comes from clients with purpose-driven missions.

“When you can marry purpose with what you do, then it does not feel like work.”

For people interested in the marketing industry, Fletcher co-hosts “Ms. InterPReted: Public Relations,” an award-winning podcast tackling tough issues in today’s communications industry. A recent podcast addressed diversity and inclusion in the workplace. In public relations, women make up a majority of the workforce at around 70 percent. However, they only represent around 15-20 percent of the executive suite in marketing.

“When you start getting into large agencies, like the big New York agencies, there aren’t nearly as many women at the top,” Fletcher said. “I believe that’s the reason a lot of women go out and start their own firms.”