A lot of devices we all use every day depend on properties found in rare earth metals. That’s everything from computers and cell phones to medical devices and satellites. China controls almost the entire market share of all those important metals.

How did that happen? That’s what expert James Kennedy explained during this semester’s first ‘Energy and Environment Forum’ at the University of Tennessee, Knoxville’s Howard H. Baker Jr. Center for Public Policy. 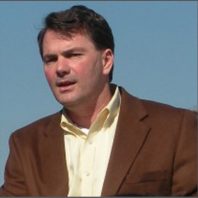 Kennedy is president of ThREE Consulting, an internationally recognized expert and published author on the economic, national security, and geopolitical ramifications of China’s rare earth monopoly and thorium nuclear energy system. About 50 people came to campus Thursday to learn more from Kennedy about that monopoly.

So what are rare earth metals, or what Kennedy calls ‘tech metals?’ It’s a handful of elements that are not necessarily abundant or easy to come by that ‘power the future.’ The heavier they get, the scarcer they are.

For example, iron ore is the most commonly used industrial metal. Tech metals make up just a small fraction of the metals we mine, but the demand continues to increase. “You don’t have to mine it to control it,” said Kennedy. He said China does the vast majority of rare metal refinement.

Kennedy said overall China owns about 90 percent of the tech metal market. He said it wasn’t always that way, explaining that the U.S. used to own the market until about the 1990s. That’s when China’s government began to invest more in rare earth metal refinement, meaning their output increased and their prices decreased, giving them control of the market. “This great colossus that we face is of our own making,” he said.

Kennedy explains China’s motive for this monopoly is to enhance geopolitical power. He said China has five national laboratories dedicated to studying rare earth elements and has filed significantly more related patents than any other country. 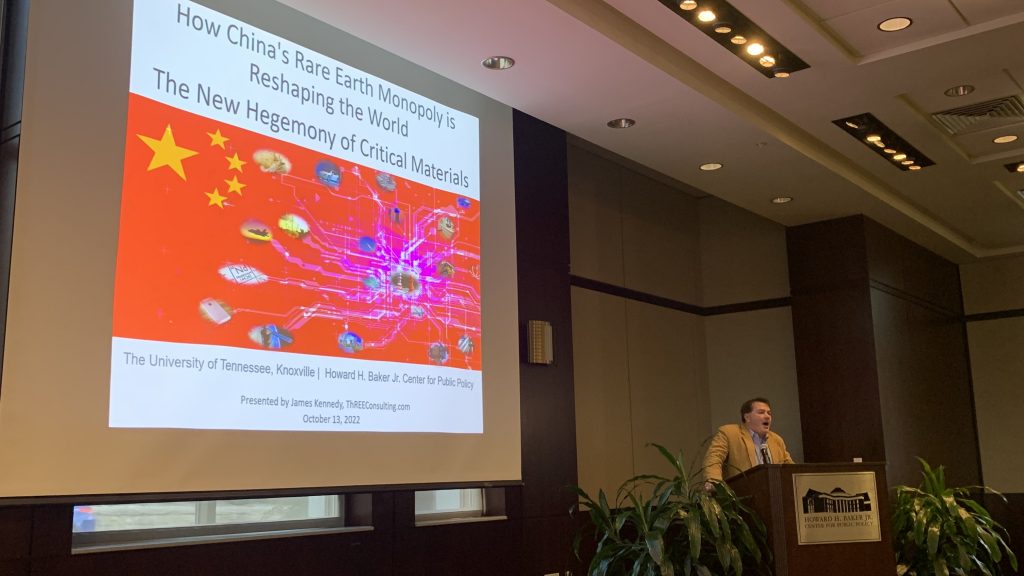 Kennedy said a lot of these elements go into the creation of magnets that can withstand high temperatures, which are needed for things like electric vehicles and wind turbines to run. These elements also play a big role in developing new weapon technology, which China has.

China having this monopoly allows them to moderate the U.S. economic and defensive capacity, according to Kennedy. He said the largest threat to the U.S. is that China displaces the U.S. as a global leader and potentially collapses the dollar’s value.

Kennedy said the U.S. needs to invest more resources into refining these rare earth elements in order to try and shift some of the control from China, but that it won’t be fast or easy.

The Baker Center’s Energy and Environment Forum will continue later this month, with a discussion called “Vulnerability of U.S. Water Supply to Climate Change” on October 27.