Vision, collaboration, and commitment go a long way in advancing a community as was evidenced by an announcement made just after noon Wednesday in Chattanooga.

With current and former elected officials and other dignitaries in attendance, EPB, the city’s provider of energy, communications and related services unveiled its latest initiative named the EPB Quantum NetworkSM. It is a partnership with Qubitekk, a company that designs, builds and integrates the hardware and software for quantum networks, to launch America’s first industry-led, commercially available quantum network designed for private companies as well as government and university researchers to run quantum equipment and applications in an established fiber optic environment.

“This is a monumental announcement for the country and Chattanooga,” said former U.S. Senator and Chattanooga Mayor Bob Corker during the press conference. “We have a commercially viable network.”

He was one of the local champions of what might be called a “leap of faith” that EPB’s board and executive team took in 2008 when the utility secured a bond to begin construction of a Smart Grid or next-generation electric system. A year later, the utility was awarded a $111 million allocation under the “American Recovery and Reinvestment Act of 2009” to help with the effort to build one of the first gigabit networks in the nation and earn Chattanooga the moniker of “Gig City.”

Now, with the just announced EPB Quantum NetworkSM, the city is poised to become what current Chattanooga Mayor Tim Kelly described as “the nation’s next leading technology hub. This unlocks advances in technology that were unimaginable before.” 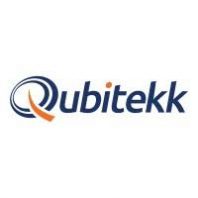 As highlighted during the press conference and expanded on in this news release, quantum technologies represent a new frontier to exponentially advance cybersecurity, sensing and next generation computing. This, in turn, holds the promise for revolutionary benefits in protecting people from cyberthreats, launching a next generation internet, and developing new advancements in healthcare, finance and other industries.

Much like the “Smart Community Collaborative” that has earned the city accolades and awards, the benefits of this latest announcement cannot be understated from both the prestige it brings as well as the economic impact that is likely to occur. The goal is to attract researchers of all types – from start-up entrepreneurs to corporate entities, university researchers and national lab scientists – to the Scenic City to utilize the greatly enhanced network.

The primary partner in the EPB Quantum NetworkSM is Qubitekk whose Co-Founder, President and Chief Technology Officer is Duncan Earl. He’s a three-time graduate of the University of Tennessee, Knoxville who spent nearly 19 years as a researcher at Oak Ridge National Laboratory (ORNL).

With his pedigree, Earl amplified on the significance of the new network

“If U.S. companies and researchers continue to develop quantum technologies in isolation, they face barriers such as the cost and time necessary to put together an end-to-end solution instead of focusing on their particular piece of the puzzle,” he said. “EPB Quantum NetworkSM powered by Qubitekk is purpose-built infrastructure that allows quantum technologists to run their solution collaboratively with other technologies while retaining their proprietary data and intellectual property.”

The foundation for the EPB Quantum NetworkSM builds on an “R&D 100” award-winning effort that began more than five years ago. With U.S. Department of Energy funding aimed at securing America’s electric grid against cyberthreats, EPB, Qubitekk, ORNL, and Los Alamos National Laboratory partnered in 2021 to run quantum encryption technologies across real-world fiber optic loops that EPB established between some of its electric substations. As a result of the expertise EPB and Qubitekk gained through this earlier work and the technical breakthroughs they achieved, EPB Quantum NetworkSM is a comprehensive quantum network solution.

EPB and Qubitekk are already utilizing the new network to share quantum states between two Quantum Equipment Hubs over a commercial fiber optic network. By summer 2023, the team will establish additional Quantum Nodes where subscribers can install their own quantum equipment. This will allow private companies, government agencies and academic researchers to use the quantum-as-a-service offering.