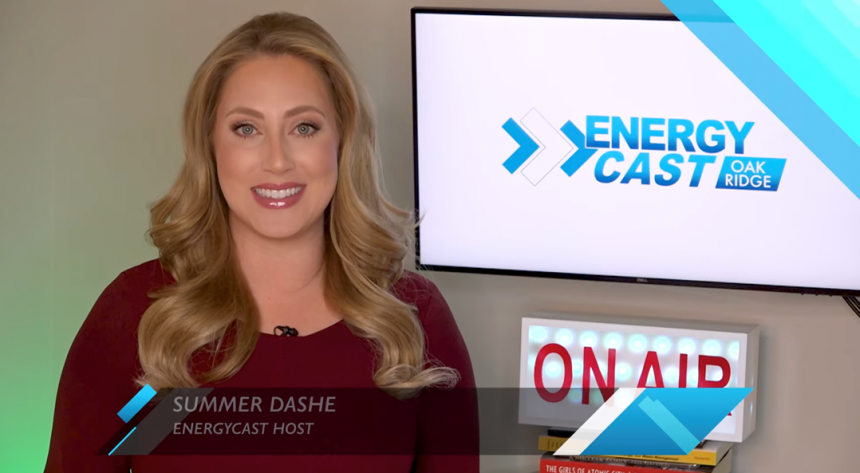 Energycast | How the Department of Energy started its own newscast

The Secret City wants to spill the truth, and they're doing that through a new monthly DOE newcast called Energycast.

While the City of Oak Ridge is no longer a secret, the Secret City still holds a lot of stories that most people don’t know.

The Department of Energy (DOE) is working to change that with a new show called Energycast.

“It’s been a long-running goal for our office to have something that’s just a bit more engaging, and something that can really tell the full scope of what we’re doing,” said Ben Williams, Public Affairs Specialist with DOE. “Specifically we work with the Oak Ridge Office of Environmental Management addressing buildings, materials, and things left behind from the Manhattan Project and the Cold War.”

They’re knocking down a lot of old buildings, and those announcements are usually publicized through East Tennessee, but Williams said there’s a lot more to the work than just bringing in a wrecking ball.

“We do so much more in the community and so much more for the sites in Oak Ridge,” said Williams. “We are clearing space for Y-12 National Security Complex and Oak Ridge National Laboratory to build new buildings, and that advances the Department of Energy’s missions. But on the other end, we’re also at another site, clearing it away for it to be transferred to the community for new, private businesses to come in.”

So Williams and his team wanted to tell these stories in a different format than the usual written press release. He realized he wanted a newscast and a storyteller who could host it.

“When I first saw the job description, I literally looked at it and I was like, did they go to my website and list all the things that I do and create a job for me? It was like so insanely perfect I thought it was a job scam at first,” said Summer Dashe, an employee of DOE contractor Navarro Research and Engineering and the host of Energycast.

Dashe was a news anchor at WATE in Knoxville who was leaving the traditional news industry but didn’t want to stop telling stories.

“When you’re a reporter your job is to become an expert on something in a day and then report it that night on the news,” she said. “So one of the skills that I feel like I’m really good at is taking complicated, hard information and translating it into stories that people can understand and that make people feel something.”

Between Williams’ idea and Dashe’s experience, Energycast was born. It’s a monthly 30-minute newscast that tells the stories of the Secret City.

Dashe serves as the reporter and host of Energycast. Another team member helps shoot and report stories in some episodes as well.

“You have to balance, what is national security? And what can be publicly shared? And you have to balance, is it safe to go shoot that footage?” said Dashe. “That being said, I think that the work moving forward on these sites can be made more public because we’re not dealing with the Manhattan Project anymore. We’re dealing with the cleanup and the new things happening there. And those are things that now we can talk about. So the stories, there are loads of them out there.”

Energycast started as a social media project, but the team wanted to make sure everyone of every age and access could learn these stories. 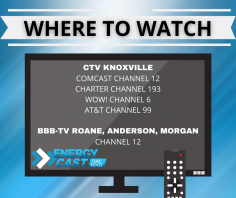 “They hired a former TV anchor. So naturally, I snaked my way back on TV,” said Dashe.

Energycast is now broadcast on community television (CTV) stations in 24 counties between Nashville and Knoxville. It airs on the third Sunday of each month and can then be found in its entirety on YouTube and in individual story clips on YouTube, Facebook, and Twitter.

The next episode of Energycast will air on December 18.

Williams and Dashe hope to build up a small studio to start hosting interviews and doing different segments. They’re driven not just by the stories they tell, but the people they impact, including the Office of Environmental Management’s 2,500 contracted employees.

“It’s really building pride within the workforce,” said Williams. “People are proud that their work matters.”

So Dashe and Williams will keep telling the stories that haven’t been told until the Secret City is out of secrets to tell.