(EDITOR’S NOTE: This is the fourth article in an ongoing series on women-led public relations firms in the Knoxville area. Look for more stories in upcoming editions of Teknovation Weekend.)

As we continue our series on women-led public relations (PR) firms, another of Knoxville’s businesses is celebrating a milestone anniversary this year. In 1992, Cynthia Moxley launched Moxley Communications, which would eventually become Moxley Carmichael.

At the start of her career, if you had told Moxley she was going to run her own PR firm, she would have laughed. As a veteran journalist working for the now-closed Knoxville Journal, she always thought her career would continue in that field.

Reminiscing on those days, she said an editor assigned her to interview Bobby Drinnon, a famous psychic. He told her she would start her own business one day. She laughed and said her reaction at the time was, “well, I could never afford a newspaper.”

Moxley first came to Tennessee in 1979 to write for Mountain Press in Sevier County. After a year there, she moved to Knoxville to work for the Journal. She spent more than 10 years there as a reporter and eventually a City Editor.

As a journalist, Moxley joked she hated people in PR. “I thought their job was to get between me and what I needed.”

When a story about Miller’s Department Store being purchased by a new company came about, Moxley jumped at the chance. Formerly, Miller’s was a pillar in the Knoxville community, supporting events and local nonprofits. The new company cut all ties. But before her story was published, the company threatened to pull more than $1 million in advertising. The story never ran and Moxley decided that was the end of her journalism career. 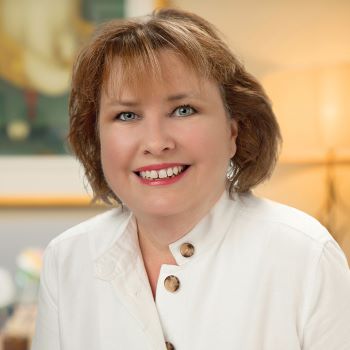 Launching what was then Moxley Communications, her first two clients were Clayton Homes and the Chamber of Commerce. Moxley later added Pilot Company and the Knoxville Utilities Board (KUB), two clients that she still works with today.

“It just kind of grew from there,” she said.

Linking back to her journalism career, Moxley’s firm also represented the Knoxville News Sentinel for 10 years. At the time, the paper was sponsoring a lot of events, which Moxley Carmichael helped them with.

When the firm first launched, Moxley said she and her husband were living in Farragut. Their bonus room above the garage became her office. Her husband, Alan Carmichael, is another former journalist who turned to PR. After six years, he joined the firm. The pair waited a year before officially changing the name of the firm to Moxley Carmichael. Moxley is Chief Executive Officer, while Carmichael is the Chief Operations Officer and President.

Moxley said she sees her business as a generalist firm. In addition to Pilot and KUB, Moxley Carmichael now represents the new baseball stadium project, Covenant Health, and more. Over 30 years in business, Moxley said she has learned a lot about the various industries they’ve worked with. “Every industry has its own jargon,” for example.

Although Moxley said she sometimes misses the hustle and bustle of the newsroom, PR is not all that different. She’s still in the know about what’s happening in the city. One key difference, though, is she has more control over the clients she takes on.

“We will not take clients that we don’t agree with, that we wouldn’t be proud to represent,” she said.

Moxley added that in the past, she has let staff vote on prospective clients they weren’t sure about accepting. The firm also will not take businesses that compete with clients that it already has. The firm currently has 15 staff members. Moxley said that over the years, she has seen very little turnover.

Even as a generalist firm, Moxley said her business does have one niche: East Tennessee. Being connected and available in the community is good for business, she said, but her staff is also very passionate about supporting projects that will allow the city to thrive.

Part of her business model is to do pro bono work for local nonprofits. Moxley estimated that around $200,000 worth of work is done for free annually for clients such as the Knoxville Symphony, the Knoxville Jazz Orchestra, and the Knoxville Area Urban League.

“[Knoxville is] big enough to have interesting things, but it’s small enough that you can get around and you can make a difference,” Moxley said. “We represent things for free that we think will lead Knoxville to be more successful.”