The boat manufacturing sector is big in the greater Knoxville region and, according to Bryan Hall of the Tellico Reservoir Development Agency (TRDA), it is poised to grow even more, driven in part by the renewed attention that individuals have placed on outdoor opportunities as a response to COVID-19.

TRDA’s Executive Director says there are about 2,400 people employed in the boating industry in the Tellico West Industrial Park that is managed by his non-profit organization. Brands familiar to readers include Sea Ray, a division of Brunswick; Yamaha; Mastercraft; Hydrasports; and related companies like Great Lake Boat Tops and Mastercraft Trailers.

The number of companies and the employment base around the region grows as the geographic area expands to include Loudon (Malibu Boats), Maryville (Skier’s Choice Inc.), Sweetwater (Bryant Boats), Louisville (Allison Boats), and Knoxville (Sailabration Houseboats). 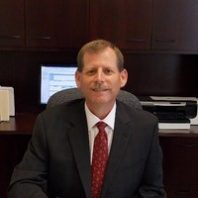 “In 2014, those companies in Tellico West averaged 300 employees each. It’s now up to an average of 600 employees,” Hall says, citing a report he recently presented to his Board of Directors.

And, if the number of help-wanted signs posted at the entrances to the park are any indication, those numbers are sure to rise further as the demand for the types of boats manufactured in Vonore and other nearby communities continues to increase.

That said, he acknowledges there is competition among employers for workers, a fact that is leading TRDA to pursue several new initiatives. One is a marine-related training institute that would be offered through Cleveland State Community College. Another is the creation of a formal Manufacturing Roundtable where employers could discuss and address common problems like workforce development.

Sales of powerboats and marine products in the U.S. reached $49.3 billion in 2020, Hall says. That nearly doubled the all-time low point of $27.3 billion in sales in 2010 during the economic downturn. Ninety-five percent of all boats sold in this country are American made. It’s also interesting to note that 95 percent of the boats on domestic waterways are less than 26 feet in length, something that fits nicely with many of the local manufacturers.

Hall is a Monroe County native who assumed the top leadership position at TRDA in late 2018 after Ron Hammontree, the agency’s long-time Executive Director, retired following 22 years with the organization. Prior to taking the TRDA role, Hall was Director of Economic Development for Monroe County. It is one of three counties that TRDA serves. The others are Blount and Loudon.

“Boat sales jumped 45 to 50 percent since the COVID-19 pandemic hit,” Hall notes. That number includes a 10 percent rise in the number of first time buyers who curtailed normal vacations and focused on closer to home outdoor recreation options.

“Boating inventory (at retail stores) is down 50 percent, and our manufacturers tell us that it might be 2023 or 2024 before the inventory returns to pre-COVID levels,” he added. That clearly suggests companies are considering plant expansions to keep-up with the demand, and Hall concurred.

“We have companies wanting to be here,” he says, citing two recent additions. One – Composites One LLC – had served companies in the park from its Rock Hill, SC facility, but decided to open a new operation locally. The marine sector is just one of many industries that Composites One serves.

More recently, Pacific Coast Marine Windshields Ltd of Vancouver, Canada purchased TRDA’s only spec building and will be creating 120 jobs when operations ramp-up in the 46,000 square foot plant. Hall says there was so much demand for the building that the agency is planning to construct two more spec buildings – one with 50,000 square feet and another at 108,000 square feet.

“We also just finished clearing 50 acres and compacting 400,000 square feet for an industrial pad with a graded rail spur that we are marketing now, and we’re going to bid on 16 acres that we would compact for another 125,000 square foot industrial opportunity,” he added.

Because TRDA is a non-profit organization that generates its own revenue from a variety of sources, it does not have to wait on government funding. It can move much faster and also utilize financing options that create incentives that provide an upside for every partner.

“It’s a lot of jobs and a large tax base,” Hall says of what the boating industry means to this region.