Chattanooga’s CO.LAB provided additional details at an event late yesterday morning about two complementary pitch competitions during the third week of October when “Startup Week CHA” typically takes place. The two will be in lieu of that program which will not occur in 2022.

“Will This Float?,” presented by Double Cola, will focus on idea-to-early stage businesses, and the Tennessee Valley Federal Credit Union’s (TVFCU) “Idea Leap” rewards early stage companies that are looking to accelerate their growth. The two will be held on successive days. 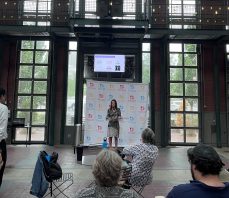 “As CO.LAB takes a season off from ‘Startup Week CHA’ and how it’s been done traditionally, we wanted to refocus on a couple of really important and impactful events,” said Tasia Malakasis (pictured here), CO.LAB new Chief Executive Officer (CEO), during an rain dampened event at Miller Plaza’s Waterhouse Pavilion in Downtown Chattanooga. “We’ve created opportunities for young entrepreneurs this year, adding even more value.” 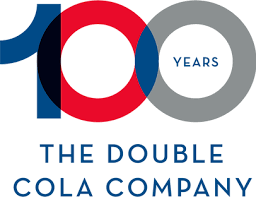 This year, The Double Cola Co. is observing 100 years in business, and its centennial celebration culminates at the “Will This Float?” pitch competition that begins at 5:30 p.m. EDT on October 17. This pitch event, which will focus on consumer packaged goods, is a chance for entrepreneurs who are in the early stages of business to “float” their ideas to local judges and an audience.

According to yesterday’s announcement, there will be two pitch opportunities – one for adult founders and another for students.

“Innovation has long been one of the hallmarks of the Chattanooga ethos,” Double Cola CEO Alnoor Dhanani said. “It is something we identify with, and it is an integral part of who we are. That’s why we are so proud to back CO.LAB and ‘Will This Float?’” Founders who win will receive a $5,000 prize, quarterly consulting guidance, and free passes to next year’s “3686 Entrepreneurial Festival” in Nashville.

More information about “Will This Float?” and a link to the application can be found here. Deadline to apply is August 31. 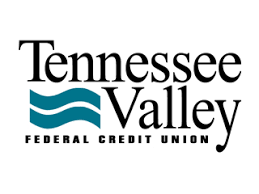 The next day (October 18), TVFCU will host its annual “Idea Leap Grant Pitch Competition” which will culminate with five entrepreneurs winning a total of $100,000 in grant funds. The grand prize winner will receive $50,000, first runner-up receives $20,000, and the other three runners-up will receive $10,000 each. All of the monies are focused on helping the winners expand their business and boost growth.

TVFCU received nearly 150 applications and narrowed them down to 23 quarter finalists in July. TVFCU’s panel of community judges is in the process of selecting 10 semifinalists to move to the next stage of the competition.

The “Idea Leap Grant” is an extension of the credit union’s “Idea Leap Loan” initiative that was created in 2016 to support early stage small businesses. To date, TVFCU has funded more than $4.2 million in loans to more than 175 entrepreneurs through this program. Additionally, TVFCU has awarded nearly $200,000 in “Idea Leap Grants” to dozens of local businesses since the program’s inception in 2018.