Chattanooga’s CO.LAB has a new Chief Executive Officer (CEO), and she’s a relatively new addition to the Chattanooga ecosystem.

Tasia Malakasis, a University of Alabama at Huntsville (UAH) graduate and serial entrepreneur, was announced yesterday as the successor to current CEO Lindsey Cox who was named earlier this year as CEO of Launch Tennessee (see teknovation.biz article here). Cox has been doing double duty since April 1 at both organizations, but will transition full-time to the Launch Tennessee role on July 1.

Malakasis was described in yesterday’s news release as being a tech-industry veteran, serial entrepreneur, and former head of an award-winning company. She has held key roles in high-growth tech and consumer packaged goods companies, most recently successfully scaling her own goat cheese company, Belle Chevre. 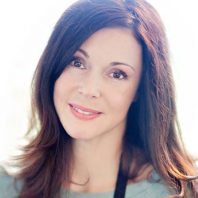 “As a serial entrepreneur, there is nothing more exciting to me than the potential for rapid-fire growth and expansion,” Malakasis (pictured right) said. “And I cannot think of a more opportune time to be involved with all of the excitement brimming in Chattanooga for start-ups.”

She will be the nonprofit’s second female CEO in its 11-year existence when she joins on July 11. Cox was the first when she was named April 1, 2021 as the successor to Marcus Shaw (see teknovation.biz article here). Prior to Shaw, Charlie Brock led the organization before becoming CEO of Launch Tennessee, and he was succeeded by Mike Bradshaw, now Entrepreneur-in-Residence at the Center for Innovation and Entrepreneurship at the University of Tennessee at Chattanooga.

A search committee of eight people, led by CO.LAB Board Chairman Brock, selected Malakasis after a wide, months-long process. The search also engaged dozens of top CO.LAB and Chattanooga stakeholders, including entrepreneurs, investors and other local leaders.

“As CO.LAB looks to attract and support more scalable companies, as well as market the organization regionally and even nationally, we were looking for a leader who could help fulfill this mission,” Brock said. “We feel fortunate to have attracted Tasia’s interest, and we look forward to supporting her and the entire staff as we take CO.LAB to the next level.”

As CEO and President of Belle Chevre, she re-branded Belle Chevre and took it on to international acclaim. Malakasis has also served as Vice President of Global Product Management and Marketing for Point Roll, where she Led both the marketing team and the product management, team launching and maintaining six highly successful e-commerce marketing products. Prior to that role, she was Vice President for Sales UnityMail for DoubleClick.

According to several websites, Malakasis has led on the board of several non-profits and is a member of the Advisory Board for UAH’s Business School and College of Arts.

Cox said she’s leaving The Company Lab in accomplished hands and is looking forward to working with Malakasis through Launch Tennessee.

“I couldn’t be more thrilled to welcome Tasia to Tennessee’s entrepreneurial ecosystem and to work with her to continue growing the start-up economy for our state,” Cox said. “Chattanooga has endless potential, and Tasia and the CO.LAB team are well-positioned to take the organization to the next level.”