(EDITOR’S NOTE: This is the first in an ongoing series on women-led public relations firms in the Knoxville area. Look for more stories in upcoming editions of Teknovation Weekend.)

Clean energy technology and companies that have community impact are at the heart of Piper Communications.

These two core values were part of the firm from the start, although President and Founder Cortney Piper said she never saw herself running a business when she first moved to Knoxville to attend the University of Tennessee, Knoxville (UTK) for college. “It was the farthest thing from my mind,” she joked.

Piper will be familiar to longtime readers at teknovation.biz. In addition to her work with Piper Communications, she is the Founder and Executive Director of the Tennessee Advanced Energy Business Council (TAEBC) and works with the Innov865 Alliance to promote innovation and the start-up economy in East Tennessee.

Initially, Piper thought she wanted to be a lawyer, with a strong interest in civic affairs, government relations, and politics. After graduating, Piper began working for Green Corps, an environmental organization that works with recent graduates on community grassroots organizing. There, she did program management, event coordinating, and communications work, laying the groundwork for her own firm. It was here that she also got into political work, eventually running for Knox County Commission in 2008 and working on a U.S. Senate campaign.

At the end of campaigning, however, Piper found herself exhausted and at a crossroads.

“When those things ended, I found myself without a job,” she said.

The timing during the Great Recession also made it difficult to find work. The public relations firms she reached out to weren’t hiring. Her then-boyfriend, now husband, who is a freelance art director, recommended she try the freelance route until the economy picked up.

Reaching out to old contacts, Piper began working with Tennessee Infrastructure Alliance on a series of reports that evaluated the state of Tennessee’s infrastructure like roads, bridges, wastewater, navigable waterways, airports, etc. Because she was familiar with the terms, particularly on wastewater infrastructure, Piper offered to promote the reports once they were finished. This became her first client. After several months working on the project, in early 2009, she thought, “Why don’t I just make this my business?” 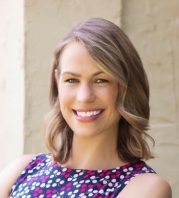 Because of her interest in environmental work and clean technology, Piper said she wanted this to be the focus of her firm. As she began launching Piper Communications, she also realized her interests aligned with assets that had been in East Tennessee for a long time, such as those from UT and Oak Ridge National Laboratory (ORNL). Realizing that there could be national and international implications, Piper decided she wanted to dive in and learn all she could about these industries. She connected with teknovation.biz’s own Tom Ballard, who became one of her first mentors. Piper wrote a blog on Ballard as a mentor, which you can read here.

“He was kind enough to let me know when certain events were happening at the lab where the public was invited to participate,” she said. “That experience validated my interest in clean energy and technology, that there was enough interest there to make a business out of it.”

Piper also added that mentors, both from the worlds of science and business, have helped her get to where she is today. It’s crucial “to have people I can trust, and I can lean on to give me that guidance,” she said. “I can lean on them and not have to be everything to everyone.”

Continuing to work in clean energy, Piper also realized there were probably more organizations in that field in Tennessee than people realized. After two to three years of focus groups throughout the state looking to see if those organizations would find value in coming together, she launched TAEBC in 2014.

“That has been extraordinarily rewarding to see that entire process pan out,” she said, adding that seeing the impact those businesses have both on their local communities and the state has been important. She said it is a strong and growing part of the Tennessee economy.

Having a niche field of clients is part of what makes Piper Communications unique. Providing results is another. As a swimmer at UT, Piper said the drive for results has always been part of her makeup, and that didn’t change when she founded her firm.

“At the end of every single month I want to be able to say, ‘here’s what we did for you that advanced your business goals, or advanced your organization’s goals,’” she said.

Being results-driven also means that Piper is the type to jump into a project and keep working until it’s finished. As a female leader in both the science and businesses communities of Tennessee, Piper said she finds those challenges both thrilling and exciting.

“I love taking on challenges and I love putting puzzle pieces together,” she said. “Being in a field that is not traditionally led by women or has a lot of female participation, for me, it’s just another challenge to overcome.”