“I’ve seen when the economy was bad and was bracing for that in the early days of COVID,” says Ed MacFawn, Chief Executive Officer of Knoxville-based BiT Dealership Software Inc.

Purchased by MacFawn in 2005, the company develops and markets an integrated management software suite to dealerships selling everything from boats to motorcycles, all-terrain vehicles (ATVs), personal watercraft (PWCs), and golf carts as well as to marinas. He witnessed the negative impact the 2008-09 economic downturn had on the company and, as a result, feared a repeat when the pandemic brought so much of the economy to a screeching slowdown.

I recently caught up with MacFawn while he was in Macedonia meeting with the five developers he employs there and who work alongside his developers in Knoxville. He noted that his fears were greatly unfounded, making the local company one of the bright spots among many enterprises adversely impacted by the effects of COVID-19. 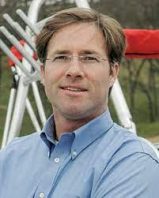 “We had more than 25 percent topline growth in the past year,” he told us. That continued a trend over the past several years where BiT Dealership Software experienced at least a 20 percent year-over-year growth rate.

“When the message was you can’t go and travel so try to do things with your family, our customers saw their business escalate,” MacFawn explained. “People had more disposable cash.” That’s a similar message that Bryan Hall of the Tellico Reservoir Development Agency expressed about the boat manufacturers that populate this region.

MacFawn also understands the challenges that some of his customers are facing, not unlike those in the automotive sector, whether they are suppliers in the various tiers or the original equipment manufacturers themselves.

“They (BiT’s clients) are having a great year with one exception . . . they can’t get inventory,” he says. Part of it is due to the increased consumer demand. Another factor is a shortage of parts, and the third is longer than normal wait times as manufacturers recover production capacity.

“That contributes to a shortage of used boats, too,” MacFawn says, again very similar to those who might be searching for a used car.

Another factor that he thought would have an impact has not been as great as MacFawn imagined. That’s the cancellation of in-person trade shows. BiT Dealership Software has participated in some virtual events but has benefitted from its history and reputation.

“A lot of our sales are organic or through referrals,” MacFawn says, adding, “We have customers from Canada down to the Caribbean. The marine industry represents the majority of our customers.”

We first spotlighted MacFawn and BiT Dealership Software in a 2015 two-part series in the weekday edition of teknovation.biz. Click here for Part 1 and here for Part 2.