(EDITOR’S NOTE: This is another article in a series spotlighting one of the companies in the inaugural cohort of the “Techstars Industries of the Future Accelerator.” The “Demo Day” is set for May 26 at the Student Union at the University of Tennessee, Knoxville, and the public is invited. To register, click here.)

Nilay Parikh, Founder and Chief Executive Officer of Be Global Safety (BGS), says there is one billion dollars a week that is expended unnecessarily due to safety issues that go unnoticed or unaddressed  by businesses. The accidents that result from those unsafe conditions result in worker’s compensation claims, lawsuit judgments, and higher insurance premiums.

As a mechanical engineer who left his native India to enroll in graduate school at the University of Southern California (USC), Parikh has followed the rapid transformation of the manufacturing industry as the result automation and digitalization, while safety processes around manufacturing are still manual and outdated. One consequence of this disparity is that more than 85 percent of near-misses and incidents are not even captured. These near-misses and incidents are in-fact the precursors to safety incidents, unsafe behavior, and fatal accidents.

Today, BGS is bringing cutting-edge technology – artificial intelligence (AI) specifically – to help businesses – from manufacturers to warehouses and retail stores – “see” what they might not otherwise record about unsafe practices in their operations and take corrective actions before costly incidents occur. 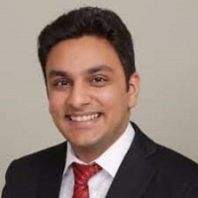 “There is nothing else out there in the AI-driven safety space,” Parikh (picture right) told us in a recent interview. He first started developing the idea about 18 months ago after meeting Bharath Kumar, an individual well-versed in the AI sector and now the start-up’s Chief Technology Officer. The company was launched last July.

“Companies in manufacturing and logistics were our initial focus,” Parikh says, but the team has expanded to explore retailers and their warehouses. “The product is production ready. We have two paying and six unpaid pilots.”

He hopes for wider adoption of ARVIST by end of 2022, saying, “We’re fueling our jets right now ahead of the launch.”

Parikh adds that the financial impact of not working safely can be calculated by tracking both the direct and indirect costs associated with not only injuries (including first aid cases and near misses), but also the ancillary costs within the infrastructure that is required to react to the problems that so often accompany an unsafe workplace. True costs of poor workplace safety go far beyond simple direct costs such as OSHA fines, medical treatments, workers’ compensation, legal or insurance fees, etc. but include also many hidden indirect costs such as public relations costs, loss of reputation, loss of efficiency and productivity, workers’ morale, or their mental health, just to name a few.

After graduating from USC in 2015 with his M.S. in Aerospace and Mechanical Engineering, Parikh focused for the next several years on his passion for 3D printing and additive manufacturing. It was while working for Danfoss, a Danish company, that he experienced what he characterizes as “my introduction to starting a business. He was launching advanced manufacturing centers for Danfoss in places like Denmark, India, China and Rockford, IL.

Today, BGS is located in Raleigh, NC, which was a key decision to focus initially on customers in the Southeast.

Parikh describes his experience with the “Techstars Industries of the Future Accelerator” as “great” and those who have been assigned to help him as “very responsive.” He said the Knoxville Chamber had been phenomenal in making introductions to manufacturers, and particularly praised Doug Lawyer, its Vice President of Economic Development, whom he termed “awesome.”