(EDITOR’S NOTE: This is another article in a series spotlighting companies in the inaugural cohort of the “Techstars Industries of the Future Accelerator.” The “Demo Day” is set for May 26 at the Student Union at the University of Tennessee, Knoxville, and the public is invited. To register, click here.)

Born in Casablanca, he told us during a recent interview that he bought a book on coding at age 14 and developed two “wildly successful websites.” That convinced Mezian that entrepreneurship was the path he wanted to follow.

In 2009, he noticed that there was not a good digital media agency in Morocco, so he founded one named Touch Media. Today, it is a 30-employee firm that is ranked as one of the top firms in North Africa and offers a variety of services including digital media communication strategy, design, media purchasing, social media management, other campaign management, and lead generation help.

While Mezian is still leading the firm as Managing Director, he says that a personal passion led him to launch the start-up that ultimately brought him to Knoxville for three months starting in late February. 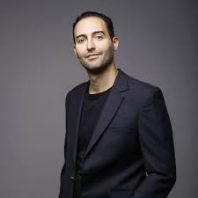 “I was looking for a place to live that was safe from earthquakes, fires and other types of risks,” he explained. “I was surprised there were no available resources on the subject,” so he spent more than a year developing the platform and the algorithms that would lead to the launch of, a resource to help people and businesses better prepare for societal and disaster risk. Augurisk officially launched in mid-2020 in the height of the first wave of the COVID-19 pandemic.

“A few months after starting, we had 2,000 individual users on the platform,” Mezian told us, no doubt propelled at least in part by the heightened concerns that individuals had for their personal safety as well as their families.

“We help people and businesses assess climate and societal risks associated with their properties, so they can better prepare for the future,” Mezian explains.

The app is driven by proprietary data and risk scoring algorithms that were developed by the start-ups team of scientists led by Simon DeBonviller, the Co-Founder and Lead Scientist of Augurisk who is based on Casablanca. Augurisk’s Chief Sales Officer is Boston-based Patrick Flynn.

When Mezian heard about the “Techstars Industries of the Future Accelerator,” he said that he immediately wanted to be a part of a cohort of “start-ups that want to change the future.”

During his time here, his focus is on two areas: (1) accelerating the sales cycle/pipeline; and (2) continuing the development of the technology with new proprietary models.

“Techstars is an exciting experience, and a great opportunity to meet with fantastic founders, mentors and investors,” Mezian added.