That’s one of many takeaways from the recently released 2022 Annual Survey by CTIA.

The group, which goes only by its initials now but stood for the Cellular Telecommunications and Internet Association, represents the wireless communication industries in the U.S. Each year they survey wireless providers to see how the cell phone industry is changing.

CTIA’s newest annual report, which was brought to our attention by UScellular, sheds a lot of light on how much Americans are using their cell phones.

The report found Americans exchanged about 2 trillion messages in 2021. That’s over 63,600 texts per second, 98% of which were opened. 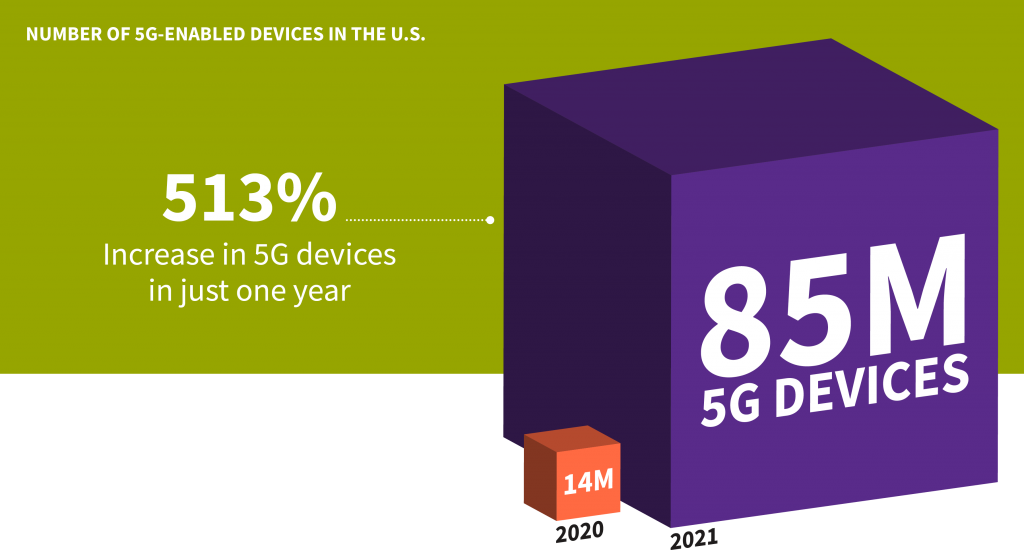 But that doesn’t mean calls are a thing of the past. Users talked on the phone for 2.4 trillion minutes in 2021.

The report also shows first that a record $35 billion was invested by providers into growing, improving, and running their networks in 2021, which now mainly focus on 5G. It says 315 million Americans are covered by 5G capabilities, and a third of American adults have a 5G device.

Cell phone users used 53.4 trillion megabytes of data last year, and that’s expected to keep climbing. More cell sites helped support this usage, with 418,887 operational cell sites across the nation by the end of 2021. Unlimited data plans are becoming the norm and actually becoming cheaper now than when they were first introduced in the early 200s.

For lots more data, you can read the full report here.