Knoxville’s Amelia Bartlett has a number of irons in the proverbial fire even as she continues to recover from a breakdown about a year ago when she says she literally hit rock bottom.

Today. the Florida native who moved here from St. Petersburg five years ago is a business coach, teacher of classes at the Knoxville Entrepreneur Center (KEC), a screenwriter who recently returned from Los Angeles where her goal of making movies in East Tennessee was only enhanced while she builds a business plan for a local production company, a writer for the Blanknews.com site, creative director for a project in the 37915 zip code called Rooted East Collective, and participant in a recent hackathon around food security for the United Way of Greater Knoxville. 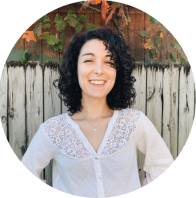 “I’m not a very busy person,” Bartlett said facetiously or at least that’s the way we took her comment.

Those many activities come in spite of being diagnosed in 2020 with what is known by terms like neurodistinct, neurodiverse, and neurodivergent. Simply stated, the term encompasses the neurological differences that individuals with autism, attention deficit/hyperactivity disorder (ADHD), and dyslexia show. Very successful entrepreneurs like Richard Branson (Virgin Airlines), Charles Schwab, Ingvar Kamprad (IKEA), and Elon Musk (Tesla and SpaceX) were not only diagnosed as neurodiverse but also credit their success to it.

The very candid and transparent Bartlett says that people with the diagnosis “have the ability to take a lot of divergent thinking but they need to make it convergent. Many of my peers have been diagnosed with it. There’s a lot of stigmas put on them, and they are always apologizing. Everybody is struggling.”

The website Uptimize notes that “not only can neurodistinct people perform as well as neurotypicals – they bring significant and valuable attributes to the workplace, from creative thinking to bottom-up problem solving, and a different perspective that can drive the critical ‘diversity of thought’ behind high-performing organizations.”

Having been “raised by a village of entrepreneurs,” as Bartlett describes her formative years, it was only natural that her first stop after arriving in Knoxville was at KEC where she met Catherine Porth and Booth Andrews. The former, who founded Let Her Speak, serves as KEC’s Director of Insights and Development. Andrews is a frequent speaker and mentor for KEC as well as Founder of The Booth Andrews Company where she helps others affected by stress, burnout, trauma and mental illness.

Among her many activities, Bartlett seems particularly focused on the production start-up. She notes that a lot of Atlanta’s post-production work is done here. “It’s not that films aren’t made here, it’s that there isn’t enough funding and momentum for feature films to be made here at scale,” she explains..

“I’m going a typical route to building a production company,” she says, but quickly adds, “The differentiating factor is that I’m building a narrative-only film production company in a non-traditional market. That’s what makes it a bit atypical. I’m starting with a short film for a film festival and a marketable feature film that could go directly to the market.”

Today, she says she’s free to pursue her various passions as opposed to being miserable in the full-time employment mode. It’s the sort of grittiness that defines many entrepreneurs.