It’s been a busy week in the neighborhood, but we carved out 45 minutes yesterday to sit in on a very timely panel discussion during the Appalachian Region Commission’s (ARC) virtual annual conference where the 13-state organization also unveiled its latest strategic plan.

From our days at the University of Tennessee where we worked with ARC on a regular basis, we’ve always had a soft spot in our heart for the organization that is a unique federal-state partnership. There was also a panel discussion that attracted our attention and featured Jim Hart, Executive Director of the Knoxville-based Appalachian Investors Alliance (AIA).

He was one of four panelists for a session titled “Sparking Innovation through Entrepreneurial Ecosystems.” Other participants were: (1) Nick Gilson, Chief Executive Officer of Gilson Snow Inc.; (2) Faith Knutsen, Director of Social Innovation and Entrepreneurship in the Voinovich School of Leadership and Public Affairs at Ohio University; and Ken Oehlers, Executive Director of Southeast Ohio Habitat for Humanity. 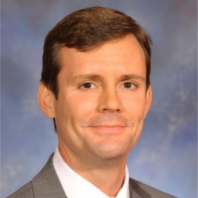 As Hart noted in his response to the opening question, “There are pockets of capital in Appalachia, but it is not in places where you might expect.” AIA, which we spotlighted in this 2019 teknovation.biz article, helps communities structure that capital while, at the same time, helping investors become more confident in making investments.

“If we do it well, we attract capital from outside the region,” Hart said, later noting that the 13 funds in which AIA is involved have secured a combined a 10 to 1 leverage – $10 in outside capital for each $1 of local capital.

Later, he was asked about impact investing. “This is a broad tent,” Hart said. AIA’s definition is “any investment where the benefits accrue not only to the investor, but also to the broader society.” For those entrepreneurs considering seeking impact investors,” he urged them to “do your homework. Not all impact investors are alike.”

AIA is clearly one of ARC’s success stories. As noted in this September teknovation.biz article, the regionally based non-profit organization was awarded a $1,496,719 grant from the ARC under its 2021 “Partnerships for Opportunity and Workforce and Economic Revitalization” (POWER) Initiative. It is at least the third ARC award to AIA, and Hart underscored the importance of that program and ARC’s approach.

“ARC is patient capital,” he said. “We appreciate the risk that ARC took in our organization and (letting us) try some different things.”

ARC also previewed its new 2022-2026 Strategic Plan at yesterday’s event. Titled “Appalachia Envisioned: A New Era of Opportunity,” it is expected to be formally approved by the Commission in the coming weeks.