Nine entrepreneurs – three virtual and six in-person – turned out earlier this week for the first of three sessions in the “Spring 2022 Super Regional Cohort” of the National Science Foundation (NSF)-funded I-Corps South initiative.

Hosted for the first time by the Center for Innovation and Entrepreneurship at the University of Tennessee (UT) at Chattanooga, the series is a collaboration between UT, Knoxville’s Haslam College of Business and its Anderson Center for Entrepreneurship and Innovation and the UT Research Foundation. The 2022 cohort will complete UT’s fifth year under a regional grant that is administered through the Georgia Institute of Technology.

The third and final session, set for April 20, will also be a hybrid event with Chattanooga again hosting those attending in-person.

Much of this week’s kick-off was focused on content that Shawn Carson, I-Corps South Regional Node Director and a Lecturer in the Haslam College, is known for teaching in the Knoxville regional entrepreneurial ecosystem. There was a heavy emphasis on a start-up’s value proposition, business model options, and the all-important customer discovery process that is clearly emphasized by NSF. (EDITOR’S NOTE: Click here for our most recent article from the October 2021 I-Corps South kick-off.) 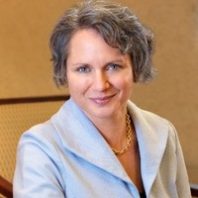 The nine entrepreneurs also heard from two Chattanooga-based investors during a lunch discussion organized and moderated by Jennifer Skjellum, Commercialization Counselor at CIE. The panel featured Stefanie Crowe, Founder and Chief Executive Officer (CEO) of AegleWealth and also a Co-Founder and General Partner with The JumpFund, and Joshua Eckleberry, Principal in Solas BioVentures.

In a lively and candid conversation, the two panelists offered some useful insights for those who either have started their business or are seriously considering doing so. One of the key points that both investors made centered around trust, specifically between founders and their investors.

“You need to know there are investor groups that I consider predatory,” Crowe told the attendees, advising them to do their due diligence on angel or venture firms beyond just reading what they post on their website. “They are telling you what they want you to know,” she said.

Earlier, Eckleberry had responded to one of Skjellum’s questions about the importance of the relationship between a start-up founder and an investor with this advice: “It’s huge. I’ve got to trust you more than my spouse.” He also offered an insight into a technique to evaluate the true character of an entrepreneur that we had not heard previously. It centered around how the entrepreneur reacted at a dinner when the meal order was not delivered as expected. Did the person berate the waiter? Did the entrepreneur simply ask that it be corrected?

“You have to have a certain amount of hubris, but with respect for others,” Eckleberry said. “(Good) character will really drive the day.”

Crowe reminded attendees to plan ahead and not wait to seek funding until the last minute, asking, “How many people walk into a bank and get money (a loan) that day?” The point was clearly to be cultivating angel or venture investors along the way.

She also said that technical founders are not always the best person to serve as the start-up’s CEO. “Everyone plays to their strengths,” Crowe reminded attendees. Eckleberry’s final observation was “don’t give up. A successful start-up is one that is still alive.”

Two of the three virtual attendees were from the University of Florida (UF), and the third was New Orleans-based.

The other participants were: