Consumers spent $791.7 billion online with U.S. merchants in 2020, up an incredible 32.4 percent year-over-year, according to U.S. Department of Commerce figures. That was the highest annual U.S. eCommerce growth in at least two decades, and one of the companies that is also rapidly expanding as a result of that explosion is Knoxville-based Red Stag Fulfillment.

As noted in this recent teknovation.biz article, the company that was founded in 2013 (see company-provided history here) is preparing for the seemingly unquenchable growth in online sales with a new campus in Sweetwater that can accommodate 4.5 million square feet of fulfillment space. The first building – 700,000 square feet that is scheduled for completion in early fall 2022 – will double the pallet positions – an industry term – that the company currently has in the Knoxville region. There’s also a location in Salt Lake City that serves the western part of the country. 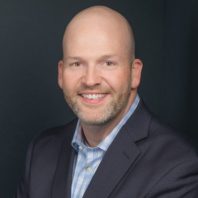 “We can reach 96 percent of the U.S. within two days from these facilities,” Dusty Holcomb, Red Stag’s new Chief Executive Officer (CEO), emphasized in the previously cited article and reiterated again when we visited the East Knoxville location on Cyber Monday. He did say that the company could add capacity in the Northeast and Southwest in the future, but no firm commitments have been made.

For the two-decade veteran of AAA who started as CEO in May, Red Stag might seem like a different business, but Holcomb said both share a common purpose – serving customers well. He was “deeply attracted” to the opportunity for three reasons: (1) alignment of his and Red Stag’s core values; (2) the company’s long-term view toward value creation; and (3) the opportunity to build something and serve others.

“I felt like I was at home here,” Holcomb said. 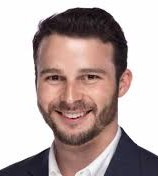 One of his longer serving executives is Jake Rheude, Vice President of Marketing, who hosted our visit. He said the company specializes in what he described as “big, heavy stuff that is harder to ship and harder to store. We have a wide variety in our client make-up,” although Red Stag keeps its client list confidential.

Both of the existing locations operate round-the-clock. “It’s like a tightly run factory,” Holcomb explained of a Red Stag facility. “We have to make sure we have the right thing in the right place at the right time.”

From a 210,000 square foot warehouse in Knoxville, Red Stag has expanded quickly by adding a Salt Lake City site in 2017. In 2019, the company announced plans to add 313,000 square feet to its Knoxville location with a new fulfillment center, and the first phase opened in 2020 with the balance occupied in the past few months. Red Stag also announced an additional Salt Lake City facility is in the works.

We were intrigued with the opportunity to see the inside of a fulfillment center on possibly the busiest day of the year for such a facility. At shortly after 10 a.m. EST on Cyber Monday, one might expect somewhat of a frenzied atmosphere on the fulfillment center floor, but that was not the case. While it was busy with forklift vehicles moving items to waiting transportation trailers or positioning them for later retrieval, the mood was very calm as people went about their business in an orderly, systematic fashion.

That in spite of a significant increase in volume compared to just a year ago.

“We saw a 25 percent increase year-over-year from 2020 on Black Friday,” Tony Runyan, Vice President of Client Relations and Transportation, said, adding that he expected Cyber Monday, which is a bigger sales day for Red Stag’s clients than Black Friday, to show an even higher increase. “We’ve been preparing for its since December 26 of last year.”

Nikki Sneed, Red Stag’s Director of Content, provided updated figures later in the week. “We saw a 27 percent increase this Cyber Monday and all in all, we shipped out more than 70,000 packages from Black Friday to Cyber Monday,” she said in an email.

As you might have noticed, Runyan’s title is unique. He said that Red Stag is “obsessed with client happiness,” something that encompasses one part of his role. The other is getting the products to its clients’ customers, and he acknowledged that there are constraints on the outbound side due to labor shortages at some of the carriers.

We also had a chance to chat with Jeanie Kohl, Human Resources Manager. In her role at a rapidly growing company, workforce recruitment and retention are paramount. As she shared with us, they are only becoming more pervasive.

“These are challenges that honestly I’ve never seen,” Kohl said, adding, “They are greater than at the height of COVID. Businesses have to adjust to the flexibility that people are seeking.” That includes things like childcare and more flexible hours. 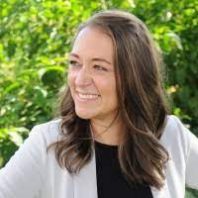 As it vets candidates for positions, Kohl said Red Stag wants to ensure that its core values align well with those of the prospective employees. Those values are:

Amplifying on the latter point, Kohl said, “We all own how we deliver for our clients.” That philosophy was clearly evident as some workers who were normally assigned to the inbound (receiving) area shifted to the outbound (shipping) side and top executives pitched-in as needed to ensure that the busiest day for Red Stag was also a successful one for its clients.