In the first offering in its new #BuildTN Conversations series, Launch Tennessee brought in new Nashville resident Percy “Master P” Miller to talk about his journey from the projects in his hometown to record store owner, musician, and the food industry.

The conversation, held last Friday, was moderated by Daniel Weisman, Vice President at Alliance Bernstein. In partnership with the “Twende Program” at the Nashville Entrepreneur Center, three entrepreneurs also came up to each ask Miller a question at the end of the segment. 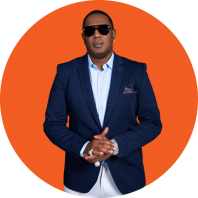 Nashville’s new resident said that he grew up in the projects in New Orleans and realized he was an entrepreneur at a young age. “I started cutting grass and doing little things in the community,” Miller said. “I realized I wanted to own my own business.”

Part of the reason for wanting to run a business was because he wanted to change the “negativity cycle,” and create generational wealth for his family, Miller added, saying, “I have to create my own way out.”

In his late teens, Miller moved to California. He met the owner of a building with a record store in it. The owner let him take over the record store rent-free if Miller promised to clean up the building. That was the start of No Limit Records.

Miller went to school for business while running No Limit Records. He said he would often watch customers to see what kind of products they were interested in and change the packaging of No Limit products to reflect what he saw.

In starting his journey into making music, Miller said he used his life experiences to tell a story. He went to the same radio station over and over, insisting they play his song. Although the station was reluctant, the song eventually became a hit, and Miller began touring.

“I know I’m different, but that difference is going to get me where I need to be,” he said. “It was so important to me to find that one fan.”

As far as entrepreneurship, Miller said that consistently presenting your idea, even when it gets shot down, is important. He also said entrepreneurs should not get so caught up in a destination that they get off course. For example, Miller said he knew that his career was about more than being a musician and that if he hadn’t branched out into other ideas and businesses, he would have been stuck in that industry. He later said that his biggest regret in his career was not thinking out of the box sooner.

Miller sold No Limit Records nearly 20 years ago, and he now focuses on Rap Snacks. The company puts snack products from Black-owned businesses on grocery store shelves. “First, I’m going to take over the music industry, then I’m going to take over the grocery stores,” he said, adding that as an entrepreneur, it’s always been his goal to give back to the community. He also wants to address the imbalance in Black-owned businesses.