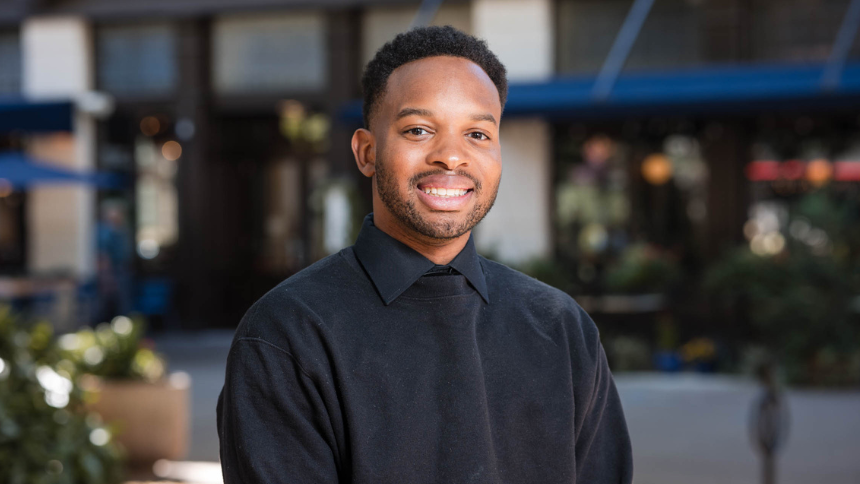 X World Marketing provides digital media services in regard to video, photography, and copywriting in the production world.

Weldon Wright has a lot of titles. Drummer, college athlete, videographer, former shoe store manager. But the one title he wasn’t expecting to have was ‘entrepreneur.’

But then Wright, now 26, graduated from the University of Tennessee, Knoxville (UT), in 2020 into a pandemic.

“So I realized, I need to do something that I care about. That I don’t have to worry that my boss can’t pay me, or I’m furloughed. I didn’t want that in somebody else’s hands,” he said.

Wright had started businesses before. In college, while running track for UT, he launched a shoe-cleaning business that expanded into three states. He also started a small business as a kid so he could save up money to buy a drum set.

“I can’t read a lick of music,” said Wright, who’s been playing the drums since he was five. That skill landed him some studio work in Nashville, where he first started talking with industry pros about television and music production.

Wright put the last of his stimulus check into purchasing an LLC and in comes his business, X World Marketing.

“In the production world, I currently provide digital media services in regard to video, photography, and copywriting,” he said.

So what does that entail? A lot of things, from digital art to set production to a little bit of sound engineering.

“I just worked on a project with Honeybee Styling and Design. And we were the art department for an NFL TV show that’s coming out at the beginning of the year,” he said over Zoom after just getting back from a shoot with furniture retailer Wayfair.

These are big names for a two-year-old company to be associating with. Wright has even turned some offers down.

“I’m mature enough to say no,” he said, explaining he wants to better his craft before signing on to a big-name deal without the proper experience.

“I was probably getting on Chris McAdoo’s nerves,” he said of the Knoxville Entrepreneur Center’s (KEC) Director of Strategy and Engagement.

Between using the KEC resources, help from the Small Business Administration, and being part of the Fall 2022 cohort of 100Knoxville, Wright is organically growing his business in Knoxville. His experience in the 5-week 100Knoxville program opened him up to a world of support he didn’t know was here.

“There aren’t that many outlets and spaces in Knoxville where there’re people that look like me,” said Wright. “That I can talk to that understand the same lingo, the same conversations, the kinds of things that they want to do.”

“What makes this super awesome is I got to be in a cohort full of highly intelligent Black women,” said Wright. “They’re putting you in the room with those people. They’re challenging everything that you do. They’re very articulate, and they’re consistent. And if you don’t understand the lingo, they break it down for you.”

Wright said he’s passionate about the program, as well as all the resources Knoxville offers to new business owners.

“Knoxville is the right place for any type of business to grow because they have a relationship with business owners that is different than any other city I’ve ever been in,” he said. “Someone’s going to reach their hand out to pick you up.”

Wright is continuing to grow X World Marketing with the goal of adding more production elements and making a mark on the city he calls home.

“We’re looking to build a studio space here in Knoxville. We are hoping to shoot a feature film here. I think people are going to be really shocked and excited about the things that we’re going to be able to bring to the city.”